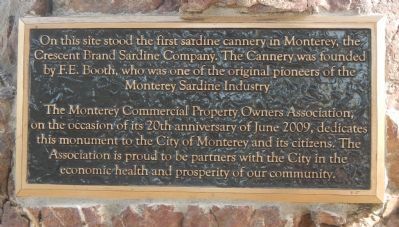 On this site stood the first sardine cannery in Monterey, the Crescent Brand Sardine Company. The Cannery was founded by F.E. Booth, who was one of the original pioneers of the Monterey Sardine Industry.

The Monterey Commercial Property Owners Association, on the occasion of its 20th anniversary of June, 2009, dedicates this monument to the City of Monterey and its citizens. The Association is proud to be partners with the City in the economic health and prosperity of our community.

Topics. This historical marker is listed in this topic list: Industry & Commerce. A significant historical year for this entry is 2009.

Other nearby markers. At least 8 other markers are within walking distance of this marker. 400th Anniversary of the Naming of Monterey Bay by Gen. Sebastián Vizcaíno 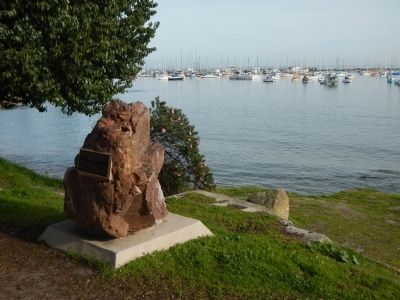 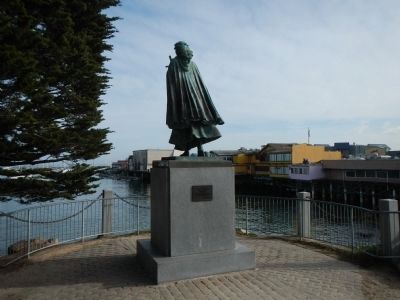 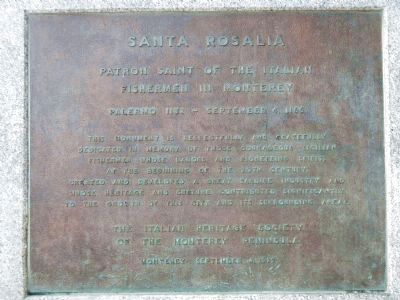 By Barry Swackhamer, January 29, 2013
4. Plaque on the Santa Rosalia statue
Santa Rosalia
Patron Saint of the Italian
Fishermen in Monterey
Palermo 1132 – September 4, 1166
This monument is respectfully and gratefully dedicated in memory of those courageous Sicilian fishermen whose labors and pioneering spirit, at the beginning of the 20th century, created and developed a great sardine industry and whose heritage and culture contributed significantly to the growth of this city and its surrounding area.

The Italian Heritage Society of the Monterey Peninsula
Monterey September 4, 1979 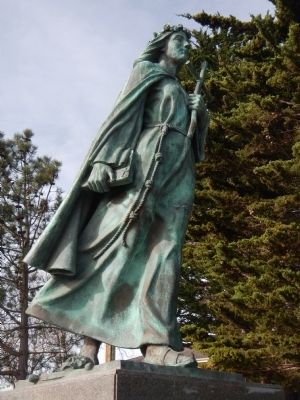