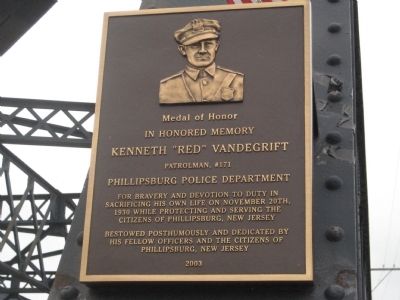 By Alan Edelson, September 2, 2012
1. Kenneth "Red" Vandegrift Marker
Inscription.
Kenneth "Red" Vandegrift. Medal of Honor. Patrolman, #171 . Phillipsburg Police Department . For bravery and devotion to duty in sacrificing his own life on November 20th, 1930 while protecting and serving the citizens of Phillipsburg, New Jersey. . Bestowed posthumously and dedicated by his fellow officers and the citizens of Phillipsburg, New Jersey. . This historical marker was erected in 2003. It is in Phillipsburg in Warren County New Jersey

Topics. This historical marker is listed in this topic list: Heroes. A significant historical month for this entry is November 1792. 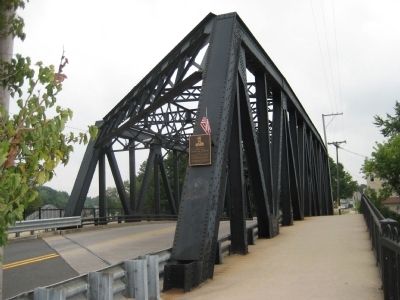