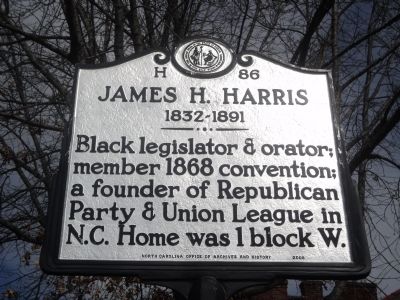 By Bill Coughlin, February 6, 2013
1. James H. Harris Marker
Inscription.
James H. Harris. Black legislator and orator; member 1868 convention; a founder of Republican Party and Union League in N.C. Home was 1 block W. . This historical marker was erected in 2008 by North Carolina Office of Archives and History. It is in Raleigh in Wake County North Carolina

Topics and series. This historical marker is listed in this topic list: Government & Politics. In addition, it is included in the North Carolina Division of Archives and History series list. A significant historical year for this entry is 1868. 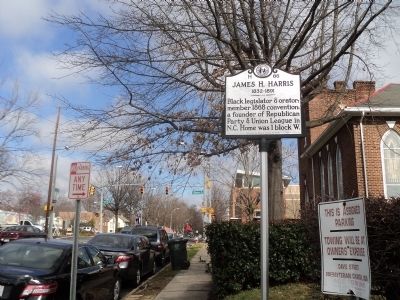 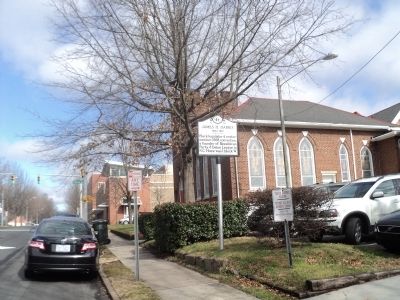