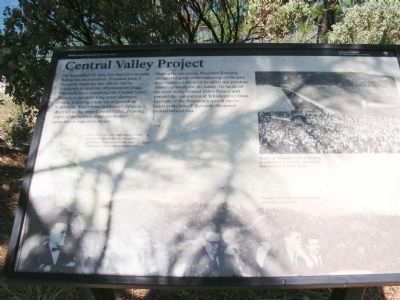 On September 28, 1963, less than two months before his assassination, President John F. Kennedy made his last official visit to California to dedicate Whiskeytown Dam. The dedication completed the Central Valley Project, a 500-mile-long water diversion system, initiating a new era of growth in California. Water from northern California is diverted to the drier Central Valley, allowing some of the world’s most productive agricultural regions to thrive.

During the ceremony, President Kennedy recognized great conservationists of the past and expressed the need to utilize our precious resources wisely for the future. He spoke of his pride in the Central Valley Project and praised the completion of Whiskeytown Dam. Excerpts of the President’s speech can be heard at the John F. Kennedy Memorial located behind you.

Topics and series. This historical marker is listed in this topic list: Natural Resources 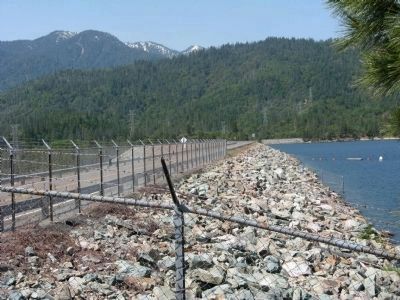 2. The Clair A. Hill Whiskeytown Dam
. In addition, it is included in the Former U.S. Presidents: #35 John F. Kennedy series list. 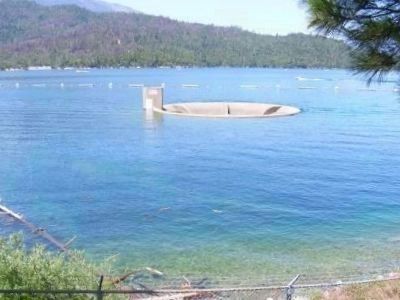 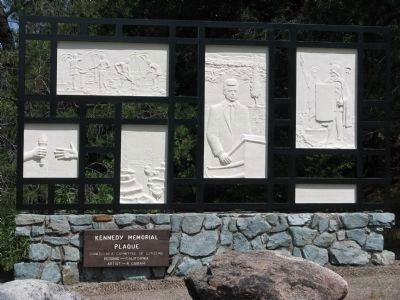