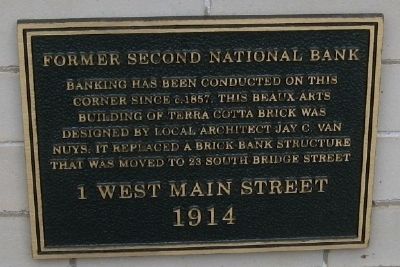 Banking has been conducted on this corner since c. 1857. This beaux arts building of terra cotta brick was designed by local architect Jay C. Van Nuys. It replaced a brick bank structure that was moved to 23 South Bridge Street

Topics. This historical marker is listed in this topic list: Industry & Commerce. A significant historical year for this entry is 1857. 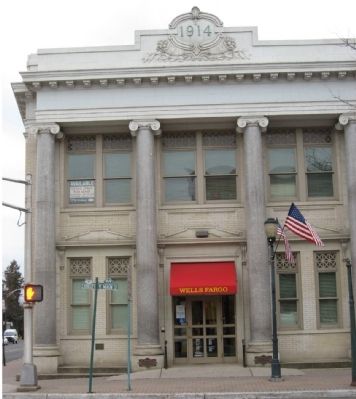 By Doran Howitt, February 26, 2013
2. Former Second National Bank
Too bad the terra cotta has been painter over...