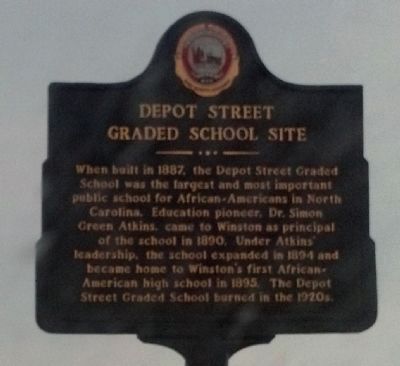 When built in 1887, the Depot Street Graded School was the largest and most important public school for African-Americans in North Carolina. Education pioneer, Dr. Simon Green Atkins, came to Winston as principal of the school in 1890. Under Atkins' leadership, the school expanded in 1894 and became home to Winston's first African-American high school in 1895. The Depot Street Graded School burned in the 1920s.

Topics. This historical marker is listed in these topic lists: African Americans • Education. A significant historical year for this entry is 1887.

Location. 36° 6.142′ N, 80° 14.471′ W. Marker is in Winston-Salem, North Carolina, in Forsyth County. Marker is on Patterson Avenue, 0.1 miles south of Seventh Street, on the right when traveling north. Touch for map. Marker is in this post office area: Winston Salem NC 27101, United States of America. Touch for directions. 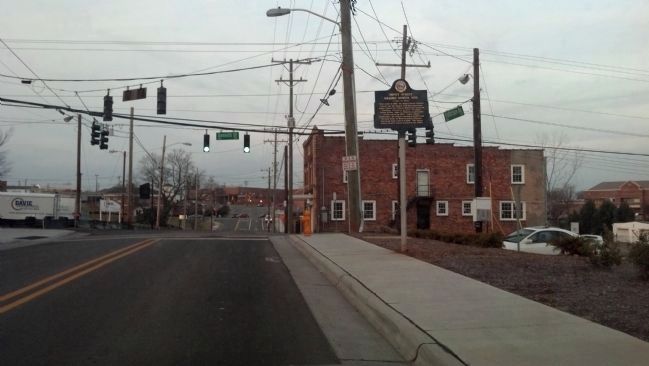