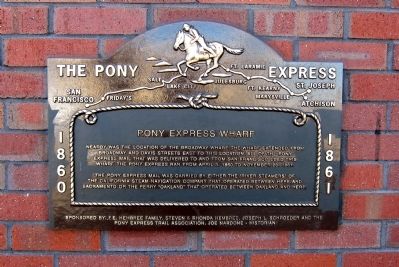 Nearby was the location of the Broadway Wharf. The wharf extended from Broadway and Davis Streets east to this location. All of the Pony Express mail that was delivered to and from San Francisco used this wharf. The Pony Express ran from April 3, 1860 to November 20, 1861.

Topics and series. This historical marker is listed in this topic list: Communications. In addition, it is included in the Pony Express National Historic Trail series list. A significant historical month for this entry is April 1932. 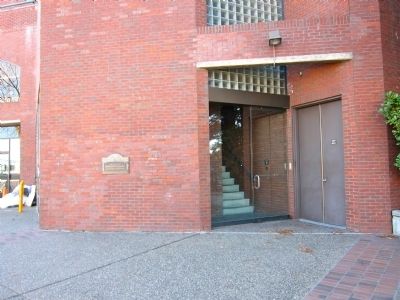 Click or scan to see
this page online
Touch for map. Marker is at or near this postal address: 475 The Embarcadero, San Francisco CA 94111, United States of America. Touch for directions. 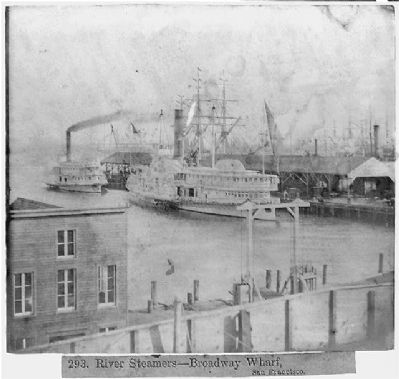