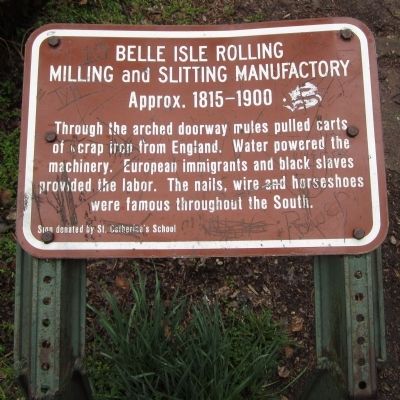 Through the arched doorway mules pulled carts of scrap iron from England. Water powered the machinery. European immigrants and black slaves provided the labor. The nails, wire and horseshoes were famous throughput the South.
Sign donated by St. Catherine's School

Location. 37° 31.737′ N, 77° 27.113′ W. Marker is in Richmond, Virginia. Marker can be reached from Tredegar Street 0.3 miles west of South 5th Street. Located on Belle Isle which can be reached via a pedestrian bridge from the north bank of the river. Touch for map. Marker is at or near this postal address: 470 Tredegar Street, Richmond VA 23219, United States of America. Touch for directions. 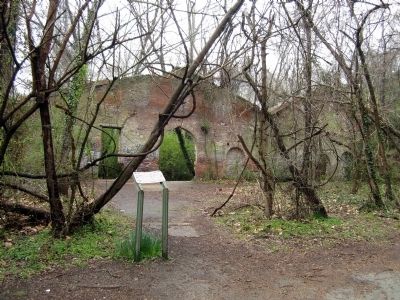 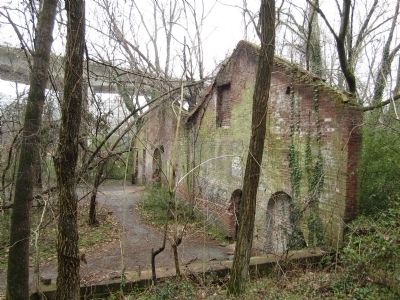