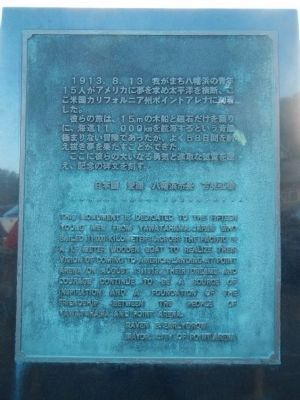 (This monument is made up of three plaques. The first plaque is on the front.)

This monument is dedicated to the fifteen young men from Yawatahama, Japan who sailed 11,000 kilometers across the Pacific in a 15 meter wooden boat to realize their vision of coming to America, landing at Point Arena on August 13, 1913. Their dream and courage continued to be a source of inspiration and a foundation of the friendship between the people of Yawatahama and Point Arena.

(Plaque on the top of the monument:)
Young Japanese men left a small city called Yawatahama in Japan heading to the United States with a small fishing boat called Utase Bune in 1913.
Entrusting their dreams and hopes to a compass... 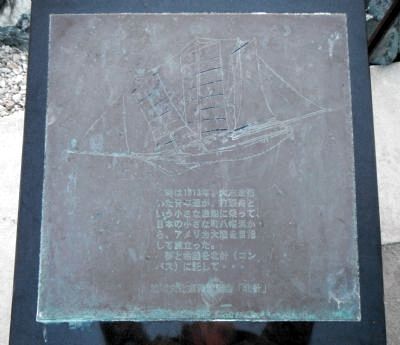 Other nearby markers. At least 1 other marker is within 4 miles of this marker, measured as the crow flies. Point Arena Lighthouse (approx. 3.2 miles away).

More about this marker. This marker is located at the end of the road near the Point Arena wharf.
Special thanks to Emi Nagai for her translation of the top and side plaques. 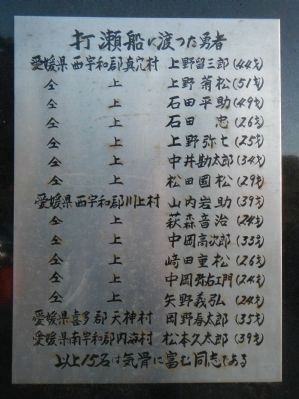 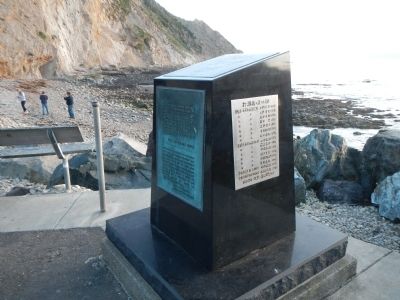