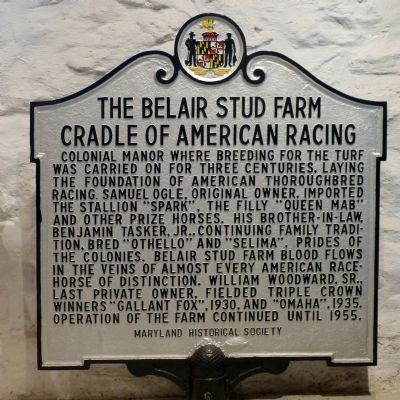 Topics. This historical marker is listed in these topic lists: Agriculture • Animals • Sports. 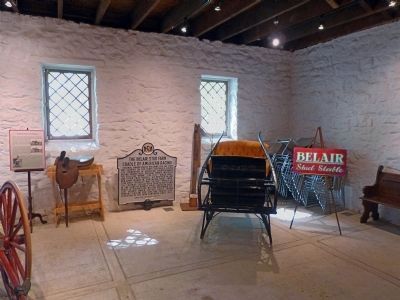 Today the marker is in the Belair Stables Museum at 2835 Belair Drive in Bowie, Maryland, 20715. Touch for map. Marker is in this post office area: Bowie MD 20715, United States of America. Touch for directions. 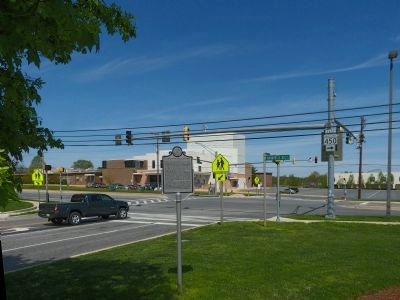 By Allen C. Browne, April 21, 2013
3. The Original Location of the Marker
The Marker was at corner of Annapolis Road and Belair Drive. 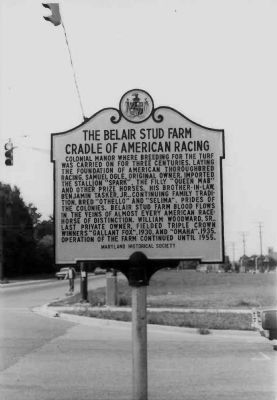 By M. Dwyer
4. The Belair Stud Farm Marker, 1974
This photo by Mike Dwyer is included in the National Register Form for the Belair Stables. 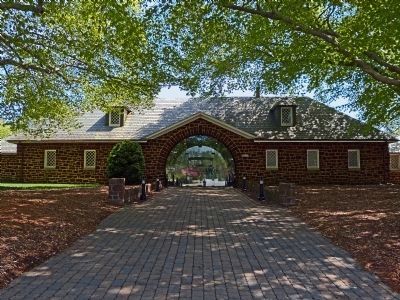 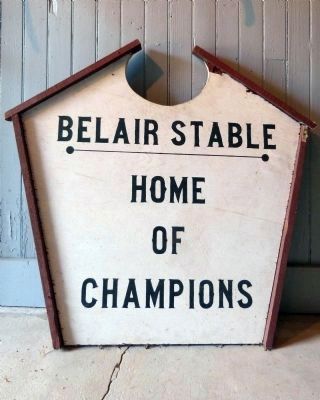 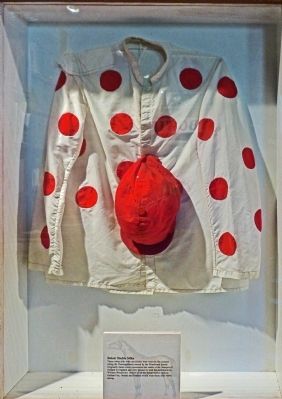 By Allen C. Browne, April 21, 2013
7. Belair Stable Silks
These white silks with red circles were worn by jockeys riding thoroughbreds owned by the Woodward family. Originally these colors represented the stable of the Marquis Zetland in England and were passed on with his permission to William Woodward. Riders of all the Belair horses such as Gallant Fox, Omaha, and Nashua would were these silks when racing. 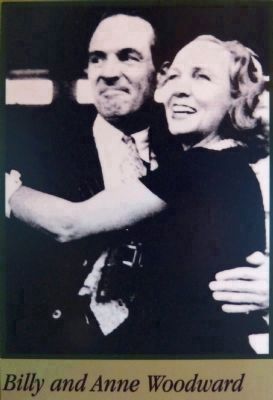 By Allen C. Browne, April 21, 2013
8. Billy and Ann Woodward
The last owners of the Belair Stud Farm
The gossip was that Anne Woodward had been William Woodward Sr.'s mistress before she married his son William Jr. Anne mistook her husband for a prowler and shot him dead on Oct. 30, 1955. Anne committed suicide in 1975 on the eve of the serialization of Truman Capote's never finished novel Answered Prayers in which a thinly disguised red haired character murders her husband when he finds out that she is a bigamist. 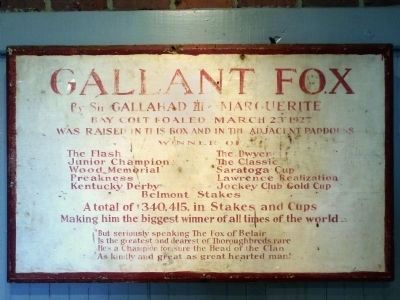 But seriously speaking The Fox of Belair
Is the greatest and dearest of Thoroughbreds rare
He's a Champion for sure the Head of the Clan
As kindly and great as great hearted man. 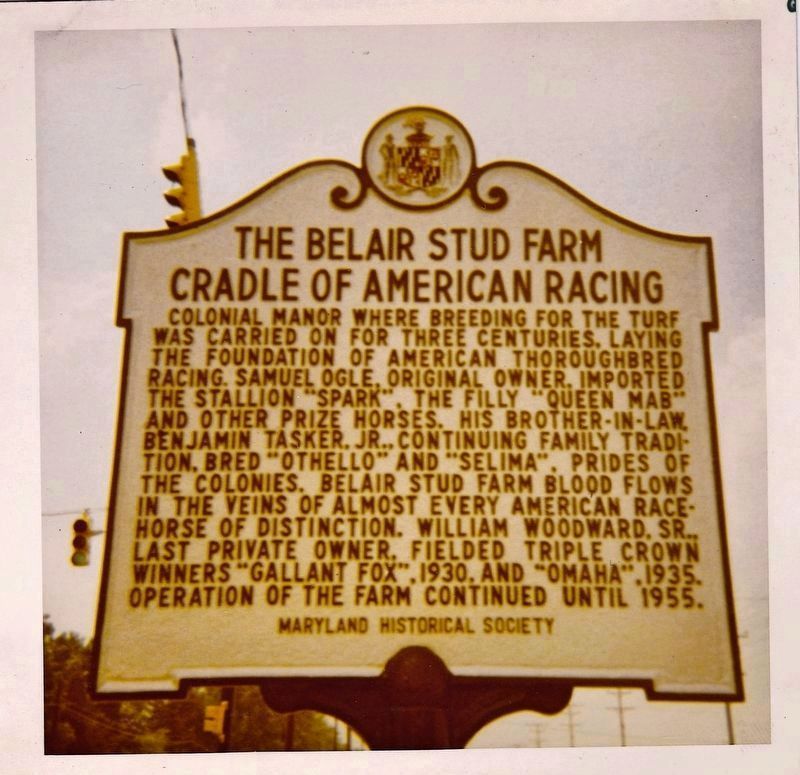