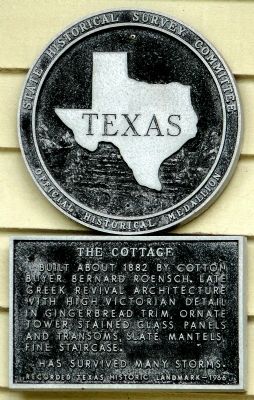 Has survived many storms.

Topics. This historical marker is listed in this topic list: Notable Events. A significant historical year for this entry is 1882. 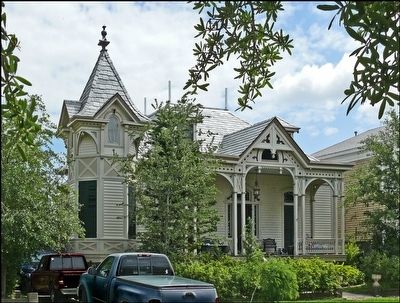 Photographed By Jim Evans, May 2, 2013
2. The Cottage
Marker barely visible to the left of the front entrance.