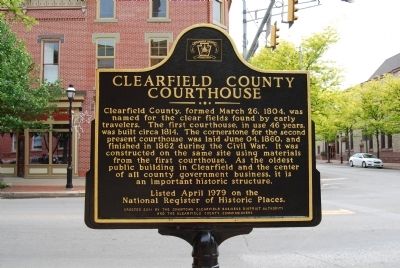 Clearfield County, formed March 26, 1804, was named for the clear fields found by early travelers. The first courthouse, in use for 46 years, was built circa 1814. The cornerstone for the second present courthouse was laid June 04, 1860, and finished in 1862 during the Civil War. It was constructed on the same site using materials from the first courthouse. As the oldest public building in Clearfield and the center of all county government business, it is an important historic structure.

Listed April 1979 on the National Register of Historic Places

Erected 2001 by The Downtown Clearfield Business District Authority and The Clearfield County Commissioners.

Topics. This historical marker is listed in this topic list: Notable Buildings. A significant historical date for this entry is March 26, 1825. 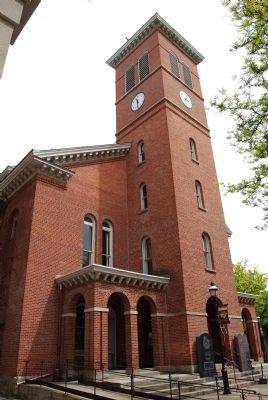 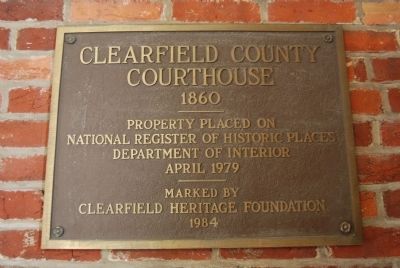