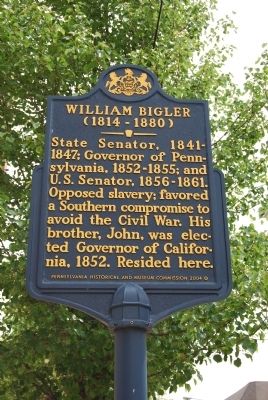 Photographed By Jenn Wintermantel, May 27, 2013
1. William Bigler Marker
Inscription.
William Bigler. State Senator, 1841-1847; Governor of Pennsylvania, 1852-1855; and U.S. Senator, 1856-1861. Opposed slavery; favored a Southern compromise to avoid the Civil War. His brother, John, was elected Governor of California, 1852. Resided here. . This historical marker was erected in 2004 by Pennsylvania Historical and Museum Commission. It is in Clearfield in Clearfield County Pennsylvania

Topics and series. This historical marker is listed in this topic list: Government & Politics. In addition, it is included in the Pennsylvania Historical and Museum Commission series list. A significant historical year for this entry is 1852. 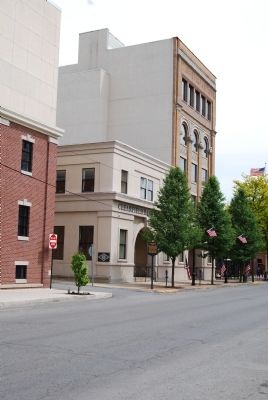 Also see . . .  William Bigler at FindAGrave.com. (Submitted on May 29, 2013, by Mike Wintermantel of Pittsburgh, Pennsylvania.) 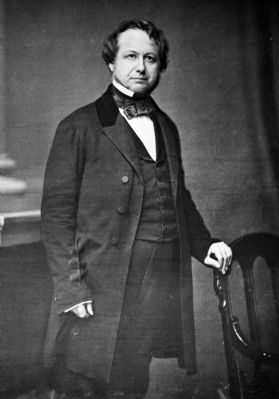