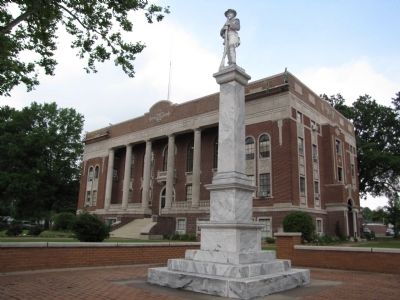 East Side
Lonoke County commends the faithfulness of her sons to future generations.

Topics and series. This monument and memorial is listed in this topic list: War, US Civil. In addition, it is included in the United Daughters of the Confederacy series list.

Location. 34° 47.133′ N, 91° 53.983′ W. Marker is in Lonoke, Arkansas, in Lonoke County. Memorial is on North Center Street (State Highway 31) north of 2nd Street, on the right when traveling north. Monument is located in front of the Lonoke County Courthouse near the intersection of 3rd and Center Streets. Touch for map. Marker is in this post office area: Lonoke AR 72086, United States of America. Touch for directions.

Other nearby markers. At least 8 other markers are within 9 miles of this marker, measured as the crow flies. Lonoke Landmarks (a few steps from this marker); A Gun for All Reasons 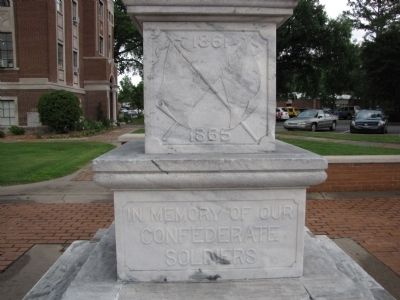 Regarding Lonoke County Confederate Monument. Monument was placed on the National Register of Historic Places, 3 May 1996. 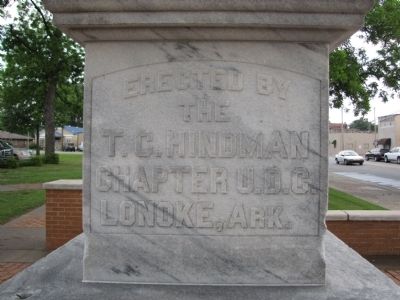 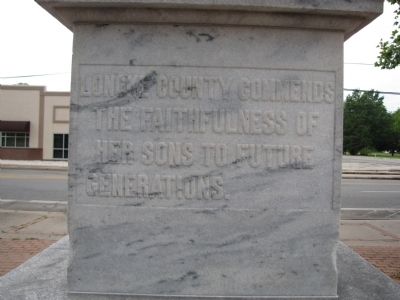 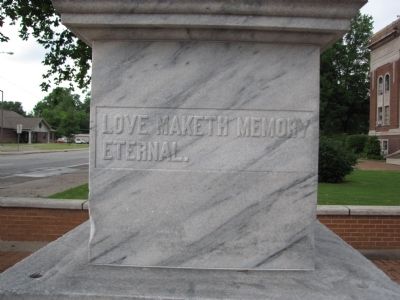 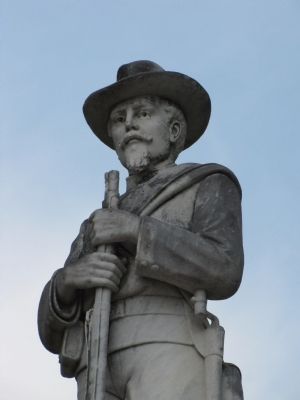