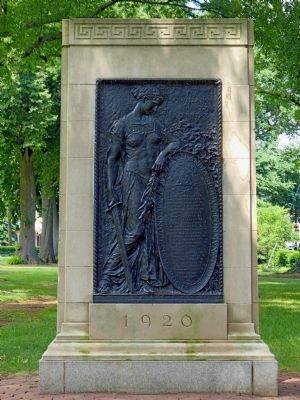 Erected by the Alumni of St. John's College to their fellow Alumni who in the World War gave their all. Four hundred & fifty two of our men answered their country's call. There is no records that one failed in his duty. 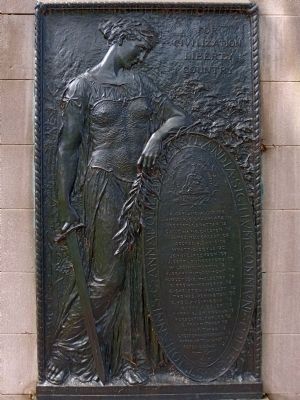 By Allen C. Browne, June 11, 2013
2. The Bronze Tablet
reached from the intersection of College Avenue (Maryland Route 450) and Prince George Street, on the right when traveling south. The marker is north of the brick walk to McDowell Hall, 60 College Ave. Touch for map. Marker is at or near this postal address: 250 Prince George St, Annapolis MD 21401, United States of America. Touch for directions. 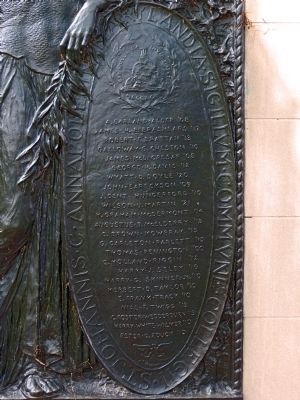 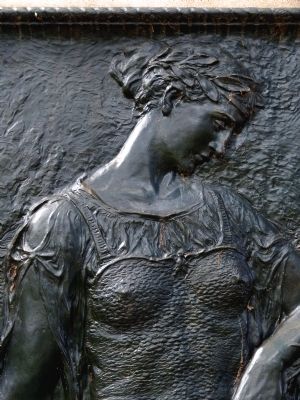 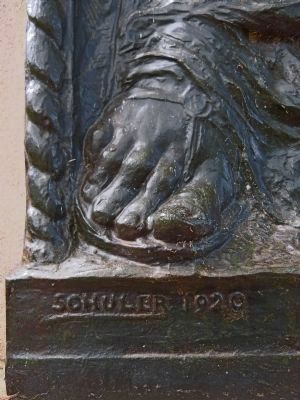 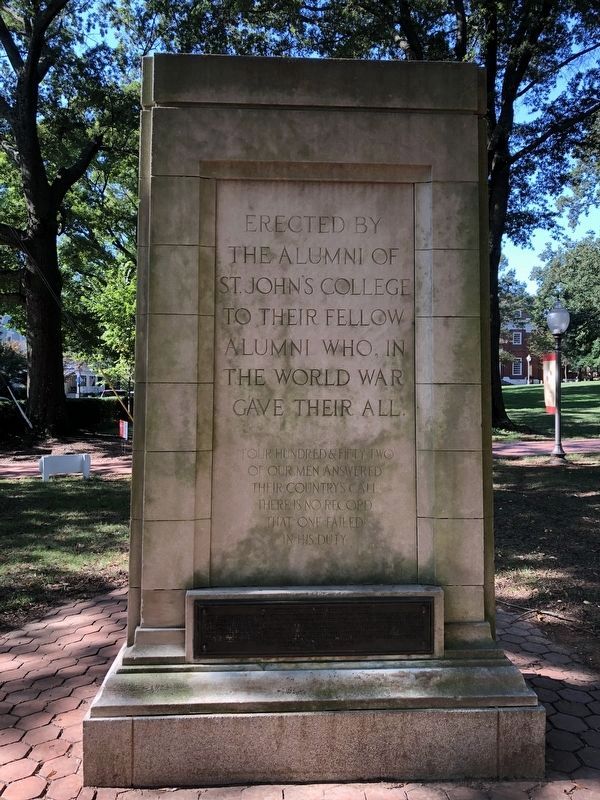 By Allen C. Browne, June 11, 2013
7. The Symbolism of the Bronze Tablet
The figure is the Alma Mater with drawn sword and with head crowned with laurel, bowed in mourning over those of her alumni whose names are inscribed on the shield. These she crowns with the Palm as a token of eternal peace. He shield is an adaptation of the college seal on which is emblazoned the honor roll. The arbor vitae, or tree of life, is introduced a the right to symbolize that the names on the shield will forever remain rooted deep in the memory of the Alma Mater. The Alma Mater is depicted standing in armor to signify that the college was active in the War and before resuming educational activities has enshrined her heros in a field of glory. The Alma Mater was founded in 1696. This memorial erected in 1920.
Credits. This page was last revised on October 1, 2020. It was originally submitted on June 12, 2013, by Allen C. Browne of Silver Spring, Maryland. This page has been viewed 454 times since then and 33 times this year. Photos:   1, 2, 3, 4, 5. submitted on June 12, 2013, by Allen C. Browne of Silver Spring, Maryland.   6. submitted on October 1, 2020, by Devry Becker Jones of Washington, District of Columbia.   7. submitted on June 12, 2013, by Allen C. Browne of Silver Spring, Maryland. • Bill Pfingsten was the editor who published this page.
Share This Page.