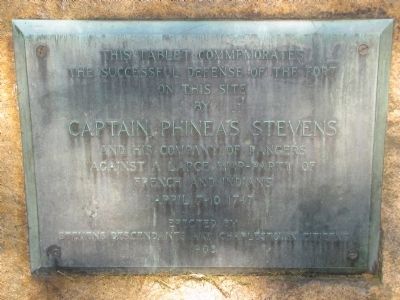 Topics. This historical marker is listed in these topic lists: Forts and Castles • Patriots & Patriotism • Settlements & Settlers • War, French and Indian. A significant historical year for this entry is 1747.

Location. 43° 13.992′ N, 72° 25.451′ W. Marker is in Charlestown, New Hampshire, in Sullivan County. Marker is on Main Street (New Hampshire Route 12) north of Olcott Lane, on the left when traveling north. This tablet is on the same boulder as marker #65797. Lat-Long coordinates are approximate. Touch for map. Marker is in this post office area: Charlestown NH 03603, United States of America. Touch for directions. 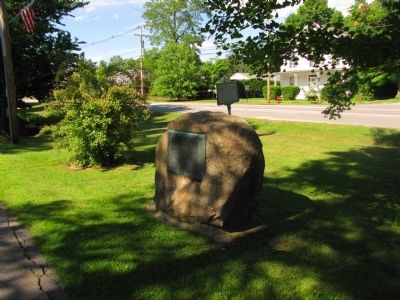