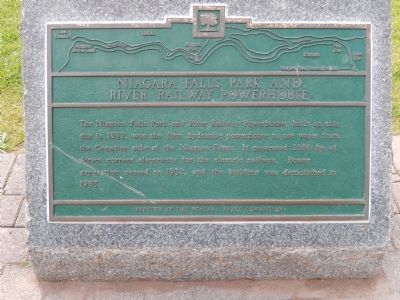 The Niagara Falls Park and River Railway Powerhouse, built on this site in 1892, was the first hydraulic powerhouse to use water from the Canadian side of the Niagara River. It generated 2100 hp of direct current electricity for the electric railway. Power generation ceased in 1932 and the building was demolished in 1985.

Erected by The Niagara Parks Commission.

Topics. This historical marker is listed in these topic lists: Industry & Commerce • Waterways & Vessels. A significant historical year for this entry is 1892. 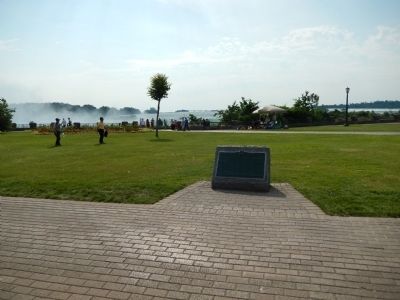 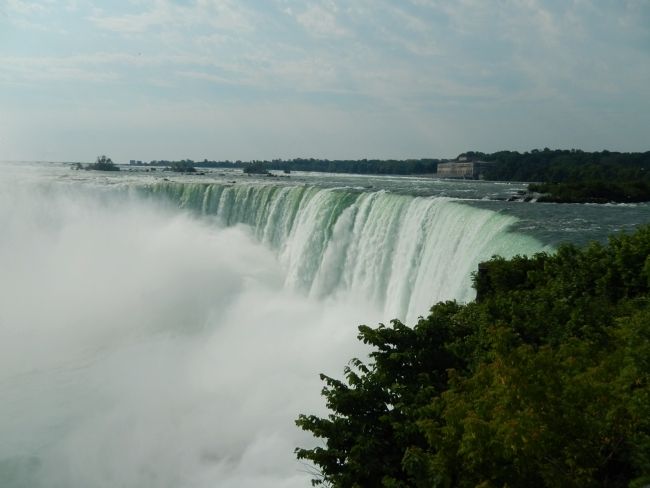