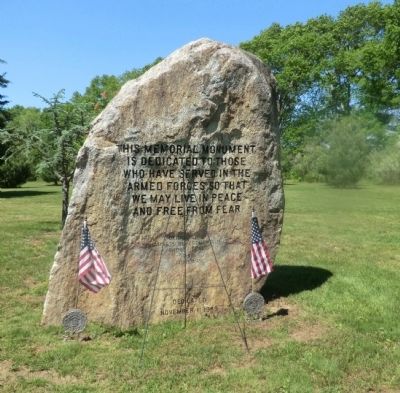 This Memorial Monument is dedicated to those who have served in the Armed Forces so that we may live in peace and freedom from fear.

Erected 1989 by Amvets Department of Rhode Island and Auxiliary.

Location. 41° 32.717′ N, 71° 32.133′ W. Marker is in Exeter, Rhode Island, in Washington County. Memorial is on South County Trail (Cemetery Entrance). This monument is located in the Rhode Island Veterans Cemetery. Touch for map. Marker is in this post office area: Exeter RI 02822, United States of America. Touch for directions. 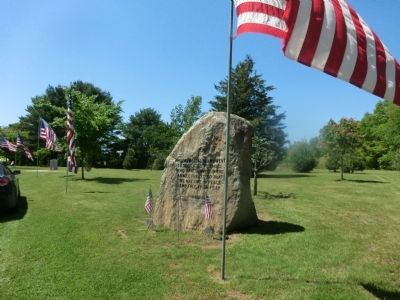