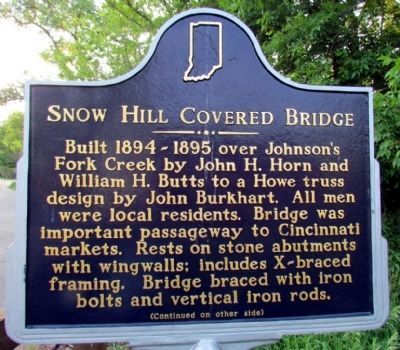 Topics and series. This historical marker is listed in this topic list: Bridges & Viaducts. In addition, it is included in the Covered Bridges 🌉 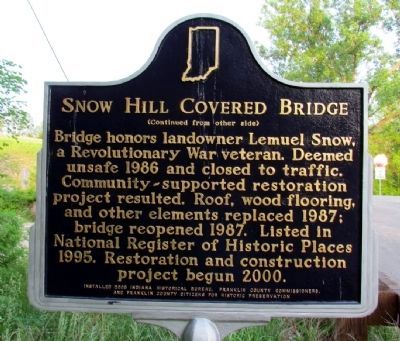 Also see . . .  IHB Annotations. The Indiana Historical Bureau provides annotations for the text of the marker on their website. (Submitted on July 19, 2013, by Duane Hall of Abilene, Texas.) 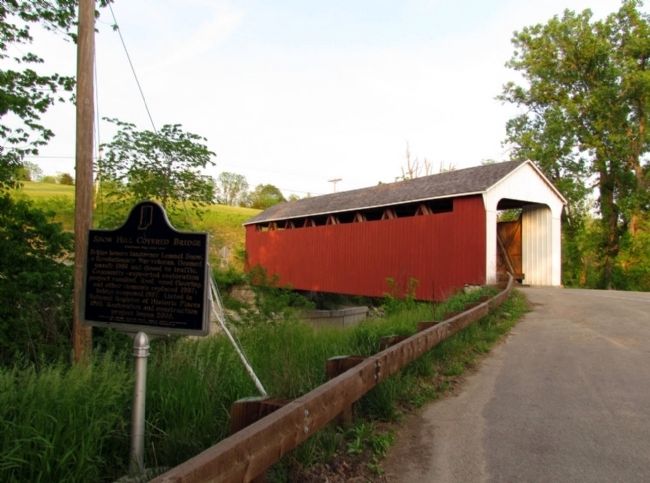