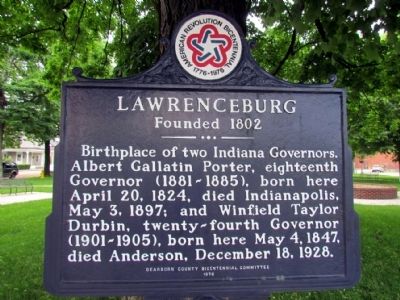 Topics and series. This historical marker is listed in these topic lists: Government & Politics • Settlements & Settlers. In addition, it is included in the The Spirit of ’76, America’s Bicentennial Celebration series list. A significant historical month for this entry is April 1802.

Other nearby markers. At least 8 other markers are within walking distance of this marker. James Buchanan Eads (a few steps from this marker); The Spirits of Lawrenceburg (about 300 feet away, 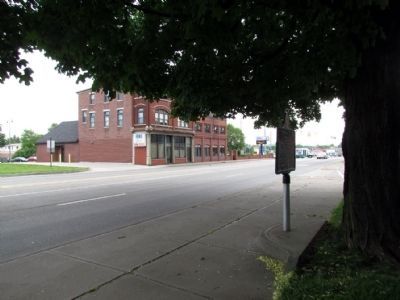 Photographed By Duane Hall, May 21, 2013
2. Lawrenceburg Marker
View to east along Green Boulevard