The Battle of Middle Creek / The Fitzpatrick Farm 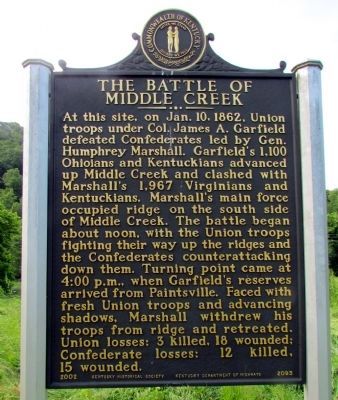 (Obverse Side)
The Battle of Middle Creek
At this site, on Jan. 10, 1862, Union troops under Col. James A. Garfield defeated Confederates led by Gen. Humphrey Marshall. Garfield's 1,100 Ohioians and Kentuckians advanced up Middle Creek and clashed with Marshall's 1,967 Virginians and Kentuckians. Marshall's main force occupied ridge on the south side of Middle Creek. The battle began about noon, with the Union troops fighting their way up the ridges and the Confederates counterattacking down them. Turning point came at 4:00 p.m., when Garfield's reserves arrived from Paintsville. Faced with fresh Union troops and advancing shadows, Marshall withdrew his troops from ridge and retreated. Union losses: 3 killed, 18 wounded; Confederate losses: 12 killed, 15 wounded.

(Reverse Side)
The Fitzpatrick Farm
The Battle of Middle Creek was fought on land owned by Henry Clay Fitzpatrick (1823-1895), son of Jonathan Fitzpatrick and grandson of Bath Co., Va., native John Fitzpatrick, Revolutionary War veteran, who established a farm here sometime before 1800. John is buried on Graveyard Point, 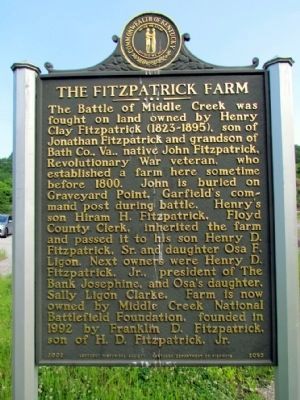 Topics and series. This historical marker is listed in these topic lists: Settlements & Settlers • War, US Civil. In addition, it is included in the Kentucky Historical Society series list. A significant historical date for this entry is January 10, 1862. 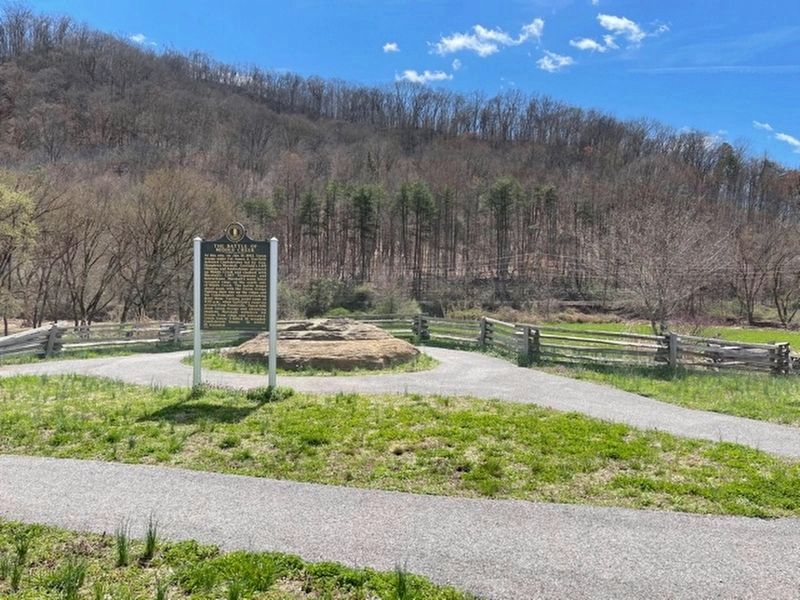