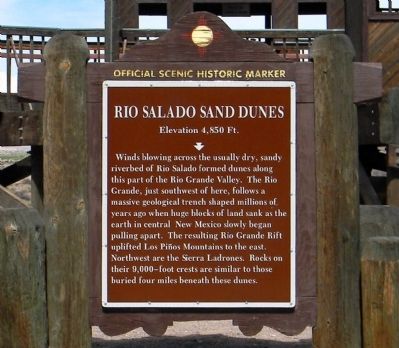 Winds blowing across the usually dry, sandy riverbed of Rio Salado formed dunes along this part of the Rio Grande Valley. The Rio Grande, just southwest here, follows a massive geological trench shaped millions of years ago when huge blocks of land sank as the earth in central New Mexico slowly began pulling apart. The resulting Rio Grande Rift uplifted Los Piños Mountains to the east. Northwest are the Sierra Ladrones. Rocks on their 9,000–foot crests are similar to those buried four miles beneath these dunes.

Other nearby markers. At least 6 other markers are within 13 miles of this marker, measured as the crow 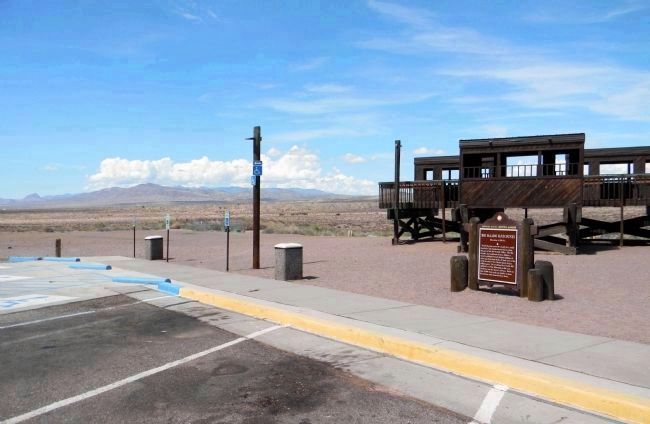 Photographed By PaulwC3, July 21, 2013
2. Wide view of the Rio Salado Sand Dunes Marker
In background looking across the dune field and the Rio Salado to the distant Sierra Ladrones.