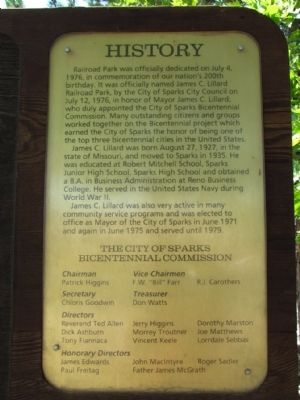 James C. Lillard was born August 27, 1927, in the state of Missouri, and moved to Sparks in 1935. He was educated at Robert Mitchell School, Sparks Junior High School, Sparks High School and obtained a B.A. in Business Administration at Reno Business College. He served in the United States Navy during World War II.

James C. Lillard was also very active in many community service programs and was elected to office as Mayor of the City of Sparks in June 1971 and again in June 1975 and served until 1979. 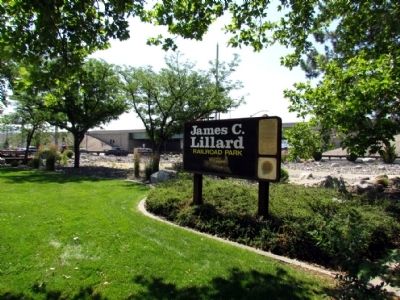 By Duane Hall, July 3, 2013
2. James C. Lillard Railroad Park
This marker is included in the The Spirit of 76, America's Bicentennial Celebration marker series. 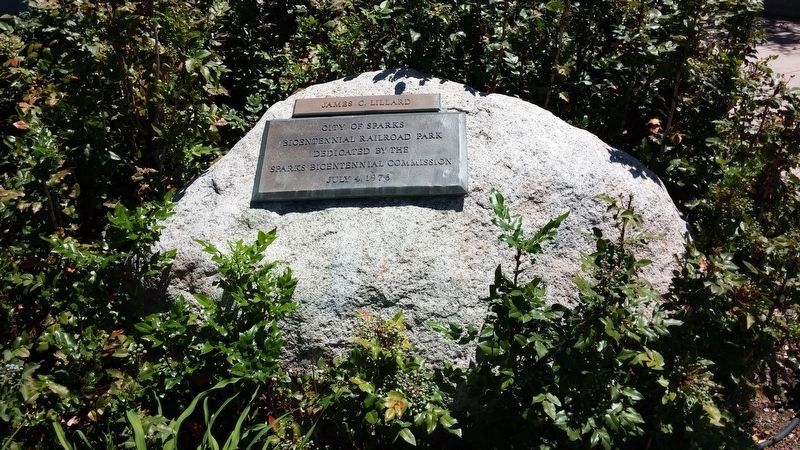 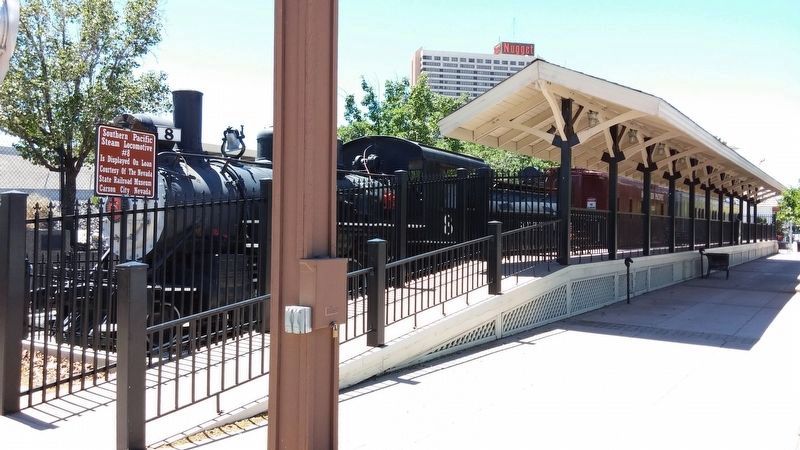