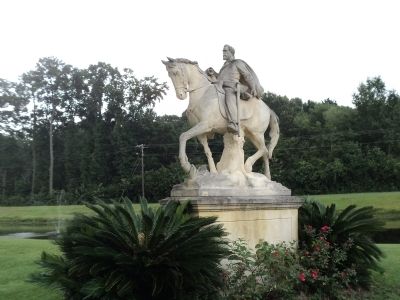 
Location. 31° 56.724′ N, 81° 18.361′ W. Marker is in Richmond Hill, Georgia, in Bryan County. Marker can be reached from Cedar Street, on the right when traveling east. Marker is located in J.F. Gregory Park. Touch for map. Marker is in this post office area: Richmond Hill GA 31324, United States of America. Touch for directions.

Other nearby markers. At least 8 other markers are within walking distance of this marker. Ways Station (a few steps from this marker); Jack Fleming Gregory, Senior (within shouting distance of this marker); Richmond Hill Veterans Monument (about 500 feet away, measured in a direct line); J. F. Gregory (about 500 feet away); Henry Ford at Richmond Hill (about 600 feet away); a different marker also named Ways Station (approx. ¼ mile away); Community House (approx. ¼ mile away); Martha-Mary Chapel (approx. 0.3 miles away). Touch for a list and map of all markers in Richmond Hill. 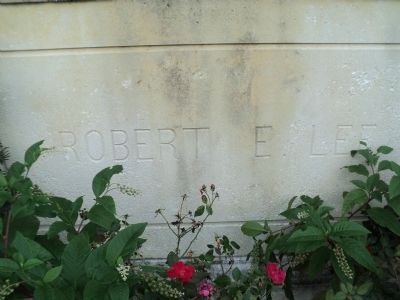 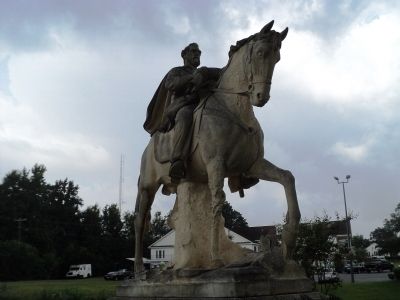 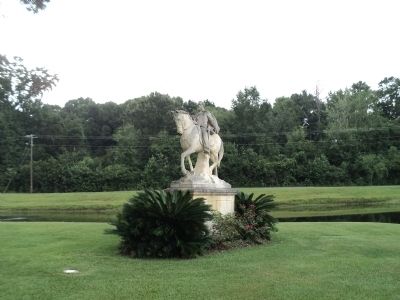 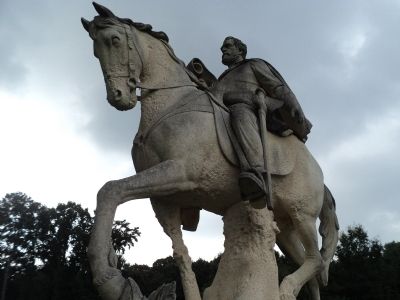 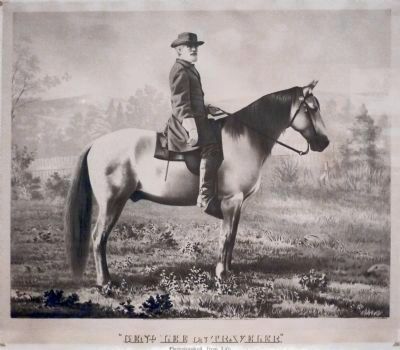 By Allen C. Browne, February 16, 2015
6. General Lee on Traveller
This 1876 lithograph of Robert E. Lee on Traveller by A. Hoen Lightography Co. (after Michael Miley) hangs in the National Portrait Gallery in Washington DC. The caption says “photographed from life.”

“Common soldiers marched; officers rode. If officers became famous enough, so did their horses. Grant had Cincinnati and Jeff Davis, but neither became as renowned as Traveller, Lee's mount throughout the war. Lee had purchased the horse known as Greenbrier while on duty in the Carolinas in 1861, but the horse's stamina (he was a ‘a fine traveller’) led to a new sobriquet. Curiously, Grant and Lee, each a fine horseman, both suffered serious injuries from their mounts. Traveller knocked Lee over during the Antietam Campaign, spraining his wrists, and Grant had a horse fall on him before Shiloh. Traveller stayed with his master after the war, when Lee was a familiar sight riding around Lexington, Virginia. At Lee's funeral in October, 1870, Traveller walked, riderless, behind the caisson carrying the coffin. Traveller had to be put down a year later after contracting tetanus.” — National Portrait Gallery
More. Search the internet for Robert E. Lee.