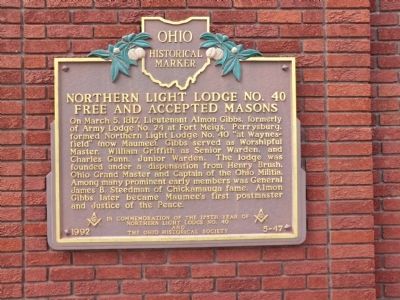 Erected 1992 by In Commemoration of the 175th year of Northern Light Lodge No. 40 and The Ohio Historical Society. (Marker Number 30-48.)

Topics and series. This historical marker is listed in this topic list: Fraternal or Sororal Organizations. In addition, it is included in the Ohio Historical Society / The Ohio History Connection series list. A significant historical month for this entry is March 1952. 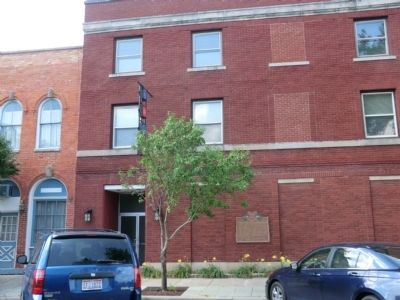 Click or scan to see
this page online
west of Conant Street (U.S. 20), on the right when traveling west. The marker is affixed to the wall of the Lodge. Touch for map. Marker is in this post office area: Maumee OH 43537, United States of America. Touch for directions.

More about this marker. It is numbered 5-47 on its face, but it shown on The Ohio Historical Society list as number 30-48. “48” is the number for Lucas County. County “47” is a few counties to the east.

Additional commentary.
1. Marker Number
When they cast this marker, they must have made a mistake and mis-numbered it. On the marker, the number reads 5-47, however, the number 47 actually stands for "Lorain County," not "Lucas County." If you go to the remarkableohio.org website, you will find that marker number 5-47 is actually "Myron T. Herrick (1854-1929)," and if you look under Lucas County you will find that corrected number assignment for this marker is 30-48 (with the number "48" standing for "Lucas County").
— Submitted May 18, 2016, by Dale K. Benington of Toledo, Ohio. 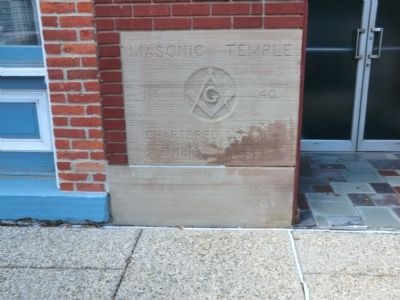 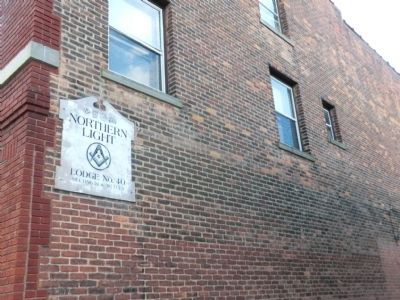 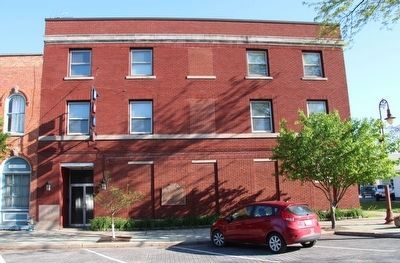