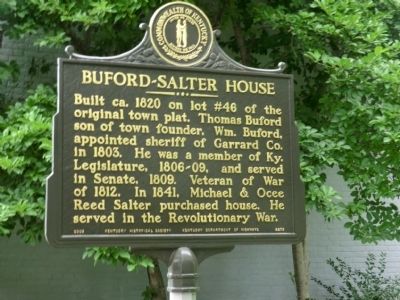 By Don Morfe, July 21, 2013
1. Buford-Salter House Marker
Inscription.
Buford-Salter House. . Built ca. 1820 on lot #46 of the original town plat. Thomas Buford son of town founder, Wm. Buford., appointed sheriff of Garrard Co. in 1803. He was a member of Ky. Legislature, 1806-09, and served in Senate, 1809. Veteran of War of 18 12. In 1841, Michael and Ocee Reed Salter purchased house. He served in the Revolutionary War. . This historical marker was erected in 2008 by Kentucky Historical Society-Kentucky Department of Highways. It is in Lancaster in Garrard County Kentucky

Topics and series. This historical marker is listed in these topic lists: Government & Politics • War of 1812 • War, US Revolutionary. In addition, it is included in the Kentucky Historical Society series list. A significant historical year for this entry is 1820.

Location. 37° 37.167′ N, 84° 34.85′ W. Marker is in Lancaster, Kentucky, in Garrard County. Marker is on Danville Road (Kentucky Route 52) west of Paulding Street, on the left when traveling west. Touch for map. Marker is in this post office area: Lancaster KY 40444, United States of America. Touch for directions.

Other nearby markers. At least 8 other markers are within walking distance of this marker. First Presbyterian Church (about 500 feet away, measured in a direct line); Captain William Early Buford 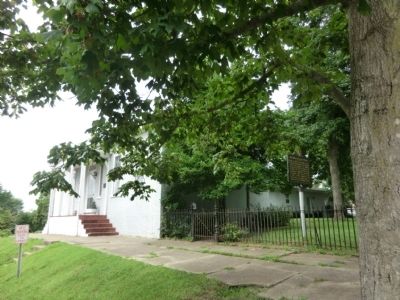 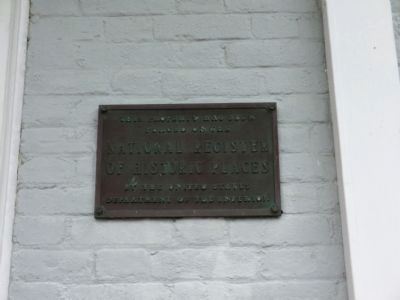 By Don Morfe, July 21, 2013
3. Buford-Salter House Marker
This property has been placed on the National Register of Historic Places by the United States Department of the Interior. 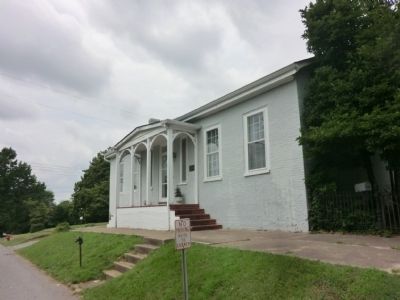