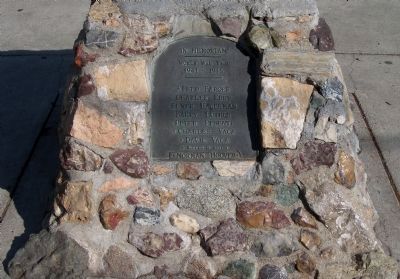 Location. 35° 32.965′ N, 120° 42.446′ W. Marker is in Templeton, California, in San Luis Obispo County. Memorial is on Crocker Street, on the right when traveling south. The marker sits in front of the cannon in the middle of the southeast side of the park, between 5th and 6th Streets. Touch for map. Marker is in this post office area: Templeton CA 93465, United States of America. Touch for directions. 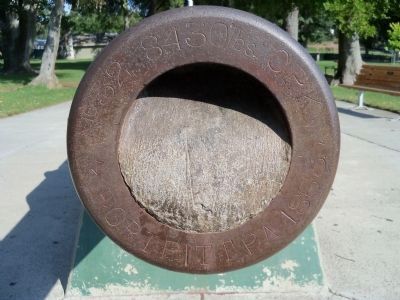 Regarding In Memoriam. The marker does not elaborate but I assume that the men listed were sons of Templeton. Norman Hoover's name was added after the plaque was finished. 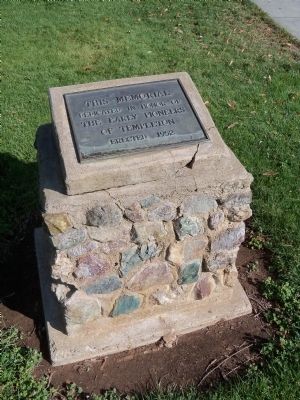 By James King, July 3, 2013
3. Pioneer Memorial
This memorial
dedicated in honor of
the early pioneers
of Templeton
Erected 1952 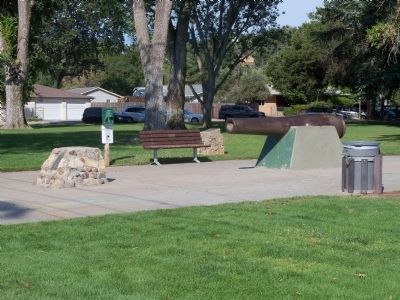 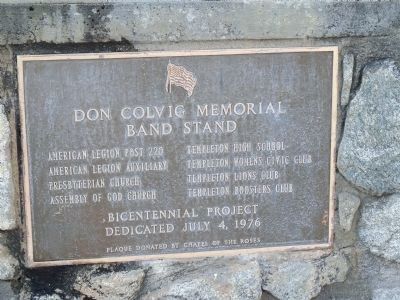 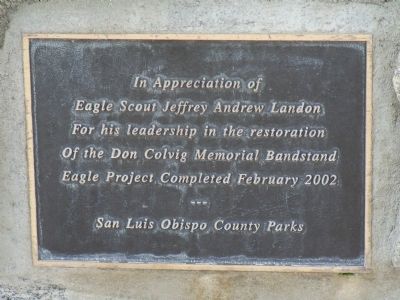 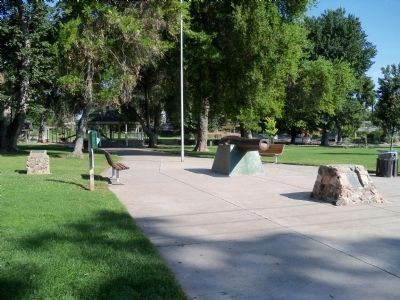 By James King, July 3, 2013
7. Templeton Park
The WWII memorial marker (r), Pioneer Memorial (l), cannon and bandstand can all be seen in their relative orientations. 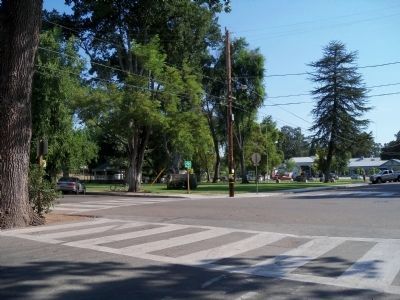