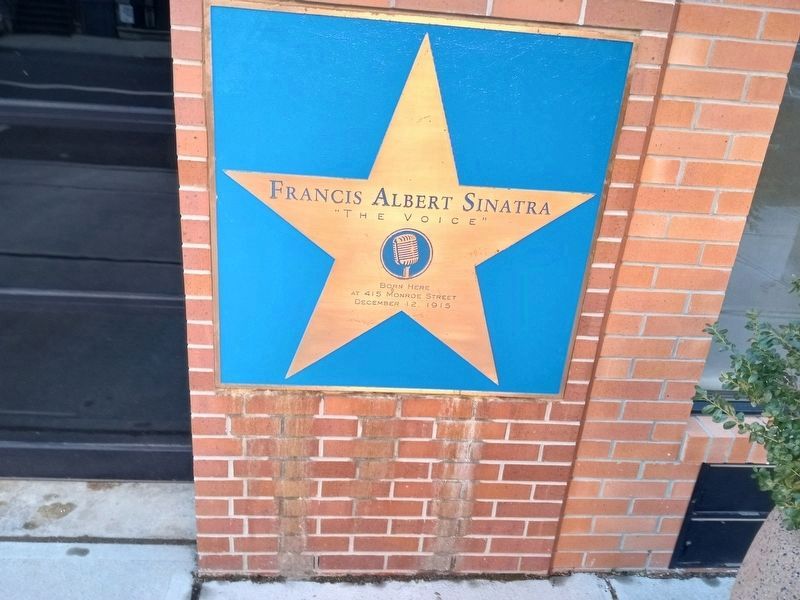 Erected 1996 by City of Hoboken and fans of Frank Sinatra.

Topics. This historical marker is listed in these topic lists: Arts, Letters, Music • Entertainment. A significant historical date for this entry is December 12, 1915.

More about this marker. This Hoboken, NJ tribute to the birthplace of Frank Sinatra is located in the sidewalk in front of the lot that used to have the house where Sinatra was born. The site is now an empty lot used for storage as the original house burned down in the 1970s. 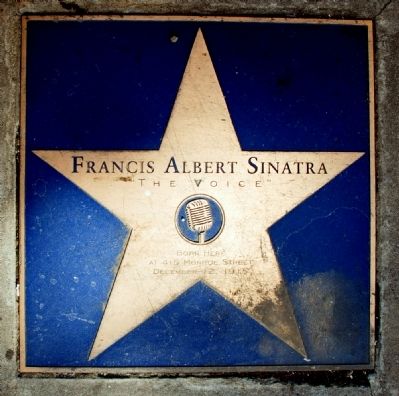 Click or scan to see
this page online
Francis Albert Sinatra, "Frank" to his friends, "The Voice," or "Chairman of the Board" to others was one of the most popular singers of the 20th Century.

In addition to his multitude of singing credits, he was also an Academy Award winning actor for his role as Maggio in From Here to Eternity. 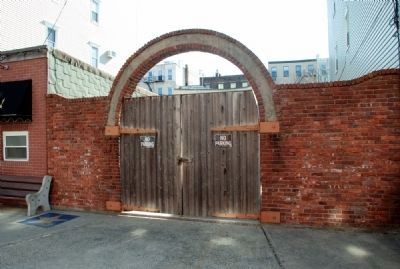