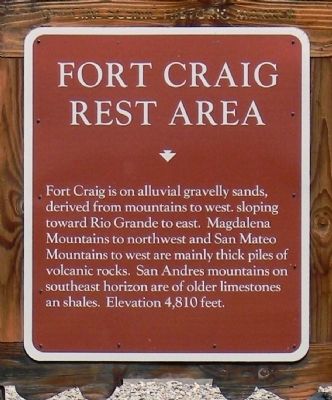 Fort Craig is on alluvial gravelly sands, derived from the mountains to the west, sloping toward Rio Grande to east. Magdalena Mountains to northwest and San Mateo Mountains to west are mainly thick piles of volcanic rocks. San Andres Mountains on southwest horizon are of older limestones an shales. Elevation 4,810 feet.

Topics and series. This historical marker is listed in this topic list: Natural Features. In addition, it is included in the El Camino Real de Tierra Adentro series list.

Other nearby markers. At least 8 other markers are within 11 miles of this marker, measured as the crow flies. Paraje de Fra Cristobal (here, next to this marker); Espejo's Expedition (here, next 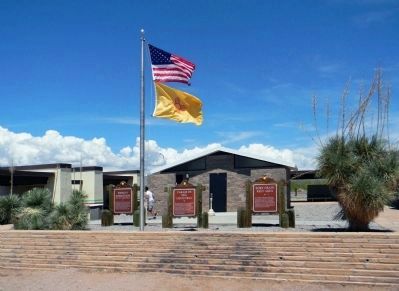