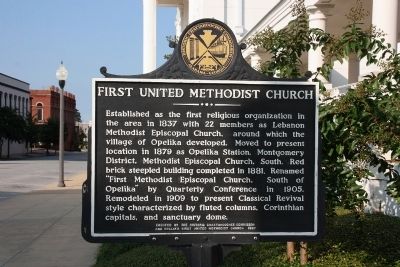 Topics. This historical marker is listed in this topic list: Churches & Religion. A significant historical year for this entry is 1837. 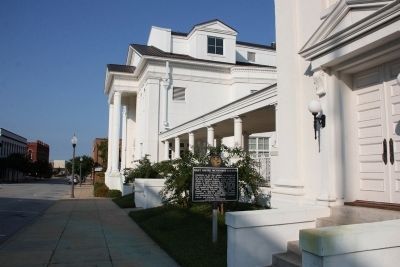 Click or scan to see
this page online
. Marker is at or near this postal address: 702 Avenue A, Opelika AL 36801, United States of America. Touch for directions. 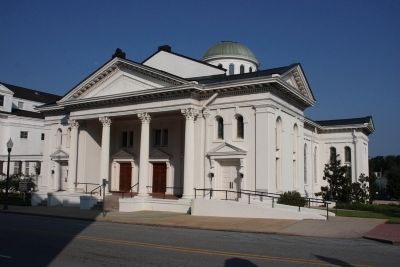 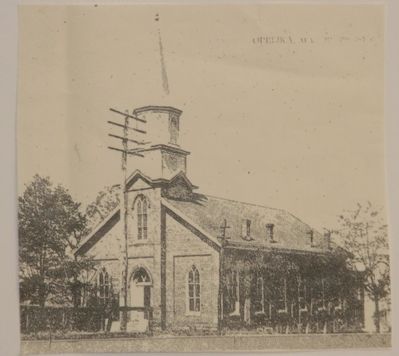 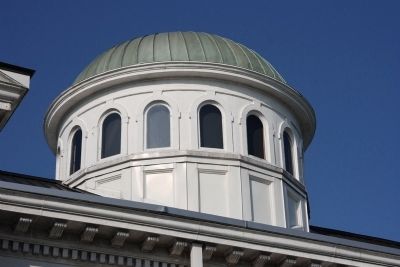 Photographed By Timothy Carr, August 24, 2013
5. Outside view of the dome that was added during the 1909 remodeling. 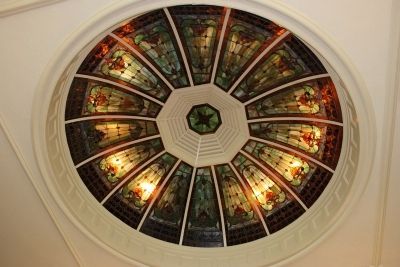 Photographed By Timothy Carr, August 24, 2013
6. Inside view of the dome that was added during the 1909 remodeling. 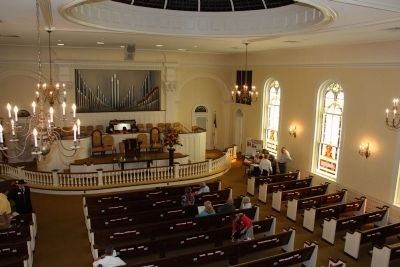 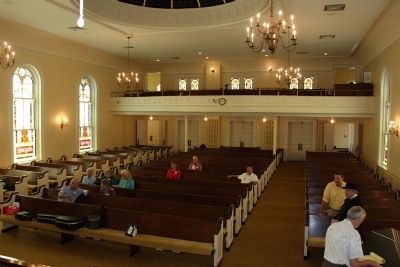 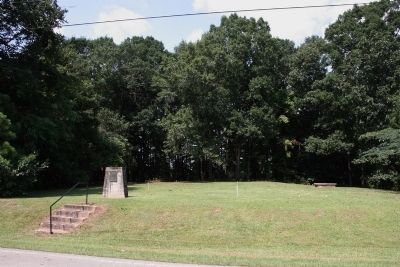 Photographed By Timothy Carr, August 24, 2013
9. The site of the original founding church in the former Lebanon Community of Russell County, Alabama
The 22 founding church members built their first meeting house on this site in 1837 on what is now Old Columbus Road 2 miles south of today' church. The members spent $220 constructing the hand-hewn 22 by 24 foot log church. The church was then known as Lebanon. The church's early ministers came from the founding families of Barnett, Bullard, Capps, Edwards, Falkenberry, Mizell and Williams. By the mid 1850's, Lebanon was straining at the seems, and the congregation looked northward toward the emerging and fast-growing community of Opelika. The Lebanon congregation split off, one group of members organized another church several miles further south of the original church. The other group built their first new church home on a lot north of the railroad in Opelika in 1857. 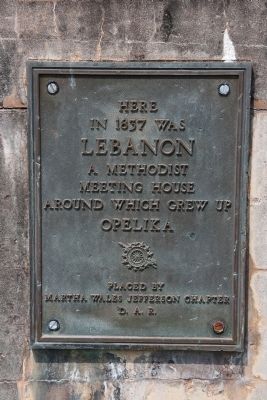