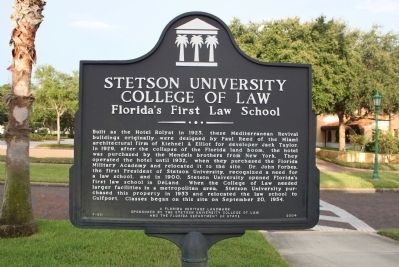 Built as the Hotel Rolyat in 1925, these Mediterranean Revival buildings originally were designed by Paul Reed of the Miami architectural firm of Kiehnel & Elliot for developer Jack Taylor. In 1929, after the collapse of the Florida land boom, the hotel was purchased by the Mendels brothers from New York. They operated the hotel until 1932, when they purchased the Florida Military Academy and relocated it to the site. Dr. John Forbes, the first President of Stetson University, recognized a need for a law school, and in 1900, Stetson University opened Florida's first law school in DeLand. When the College of Law needed larger facilities in a metropolitan area, Stetson University purchased this property in 1953 and relocated the law school to Gulfport. Classes began on this site on September 20, 1954.

Erected 2004 by The Stetson University College of Law and the Florida Department of State. (Marker Number F-511.)

Topics. This historical marker is listed in this topic list: Education. A significant historical month for this entry is September 1773. 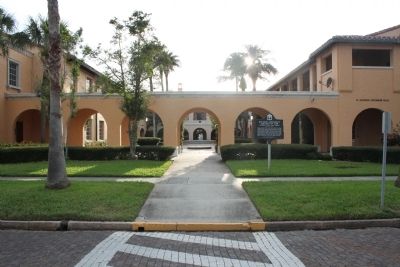 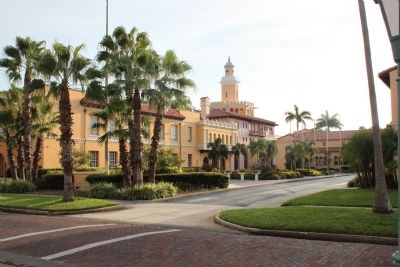