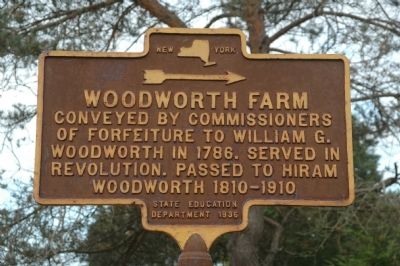 By Howard C. Ohlhous, August 29, 2013
1. Woodworth Farm Marker
Inscription.
Woodworth Farm. .
», › Woodworth Farm. Conveyed by Commissioners of Forfeiture to William G. Woodworth in 1786. Served in Revolution. Passed to Hiram Woodworth 1810-1910 . This historical marker was erected in 1936 by New York State Department of Education. It is in Mayfield in Fulton County New York

»—›
Woodworth Farm
Conveyed by Commissioners of Forfeiture to William G. Woodworth in 1786. Served in Revolution. Passed to Hiram Woodworth 1810-1910

Topics. This historical marker is listed in these topic lists: Settlements & Settlers • War, US Revolutionary. A significant historical year for this entry is 1786. 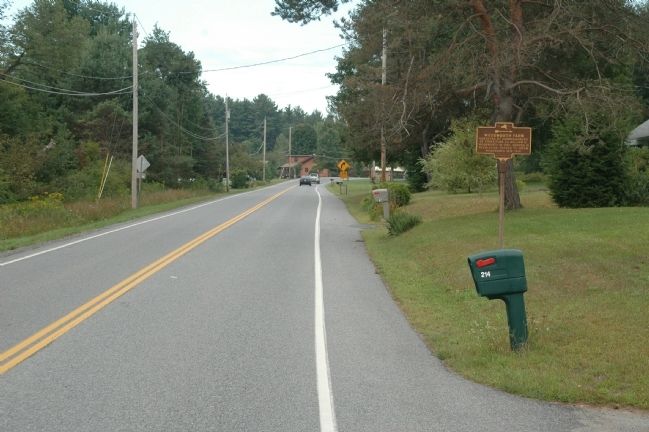 Click or scan to see
this page online
The Woodworth family were very early settlers in Mayfield and played an important role during the Revolutionary War. This marke refers to a farm owned by William G. Woodworth who settled here after the war and willed it to son Hiram. Woodworth Lake in the nearby Town of Bleecker is also named for a member of this family.