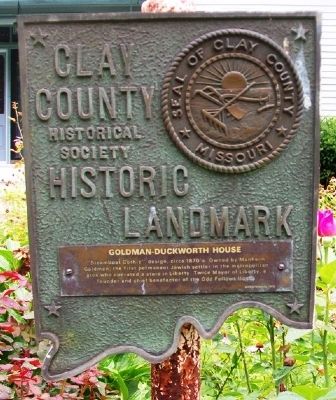 "Steamboat Gothic" design, circa 1870's. Owned by Manheim Goldman, the first permanent Jewish settler in the metropolitan area who operated a store in Liberty. Twice Mayor of Liberty, a founder and chief benefactor of the Odd Fellows Home.

Topics and series. This historical marker is listed in these topic lists: Charity & Public Work • Fraternal or Sororal Organizations • Settlements & Settlers. In addition, it is included in the Missouri, Clay County Historic Landmarks series list. A significant historical year for this entry is 1976.

Other nearby markers. At least 8 other markers are within walking distance of this marker. Frank Hughes Memorial Library (about 500 feet away, measured in a direct line); Lightburne Hall (about 500 feet 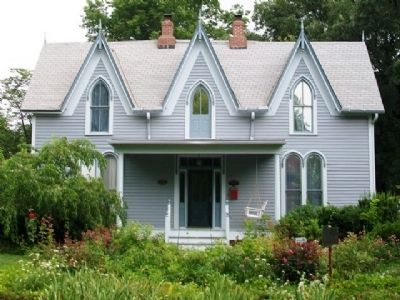