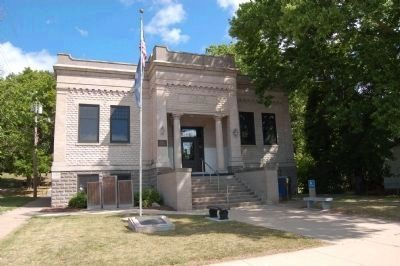 Topics and series. This historical marker is listed in this topic list: Education. In addition, it is included in the Carnegie Libraries series list.

Location. 42° 5.663′ N, 90° 9.314′ W. Marker is in Savanna, Illinois, in Carroll County. Marker is at the intersection of 3rd Street and Madison Street, on the right when traveling north on 3rd Street. Touch for map. Marker is at or near this postal address: 326 3rd Street, Savanna IL 61074, United States of America. Touch for directions. 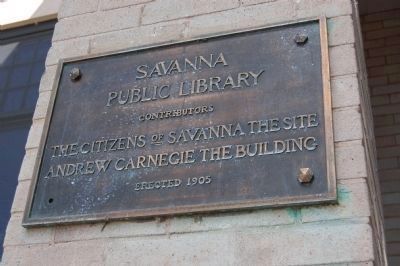 Click or scan to see
this page online
On March 27, 1902, knowing of Andrew Carnegie's "desire to aid in establishing library buildings in the cities and towns of the United States which are willing to pledge themselves to their support," Alice M. Bowen and Sarah G. Bowman wrote to the industrialist requesting his assistance. "At present we are occupying two rented rooms and in a year or two at the longest we shall have outgrown our quarters for the third time. It is our desire when the time comes tor another change to be able to move into a permanent library building." On April 23, James Bertram responded with a promise of
$10,000.

In April the citizens of Savanna voted by a large majority to convert their seven-year-old city library into a township library. One year later, on April 15, 1904, the first library board was elected, an annual maintenance fee of $1,100 was raised, and a building site was donated by the city, L. W. Bowen was engaged as the architect tor the project.

Construction of the new library was completed in 1905 at a cost in excess of the amount donated by the Carnegie Corporation. Correspondence with Carnegie was renewed, and on December 15, 1905, the amount of the gift was increased to $11,350. 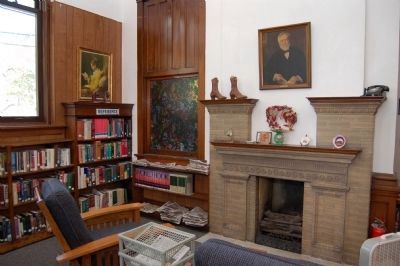 Photographed By Paul Mayer, September 3, 2013
3. Savanna Public Library Interior View
and locations. In his day - the richest man in the world "Gave It Away". (Submitted on September 4, 2013.) 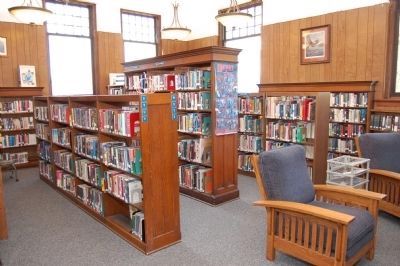 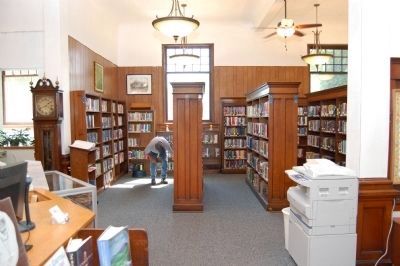