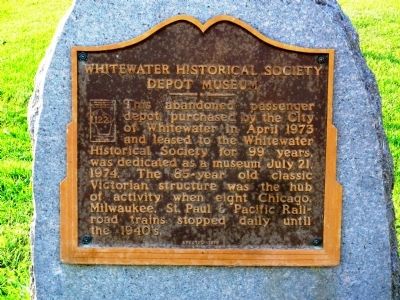 This abandoned passenger depot, purchased by the City of Whitewater in April 1973 and leased to the Whitewater Historical Society for 99 years, was dedicated as a museum July 21, 1974. The 85-year old classic Victorian structure was the hub of activity when eight Chicago, Milwaukee, St. Paul & Pacific Railroad trains stopped daily until the 1940’s.

Topics. This historical marker is listed in this topic list: Railroads & Streetcars. A significant historical month for this entry is April 1973.

Other nearby markers. At least 8 other markers are within 10 miles of this marker, measured as the crow flies. Revolutionary War Veterans (approx. half a mile away); Lincoln Hill (approx. 4.8 miles away); Black Hawk War Encampment 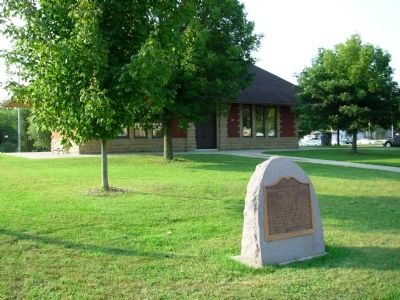 More about this marker. This is Wisconsin Registered Landmark No. 122. 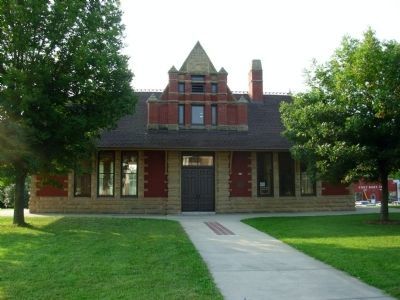 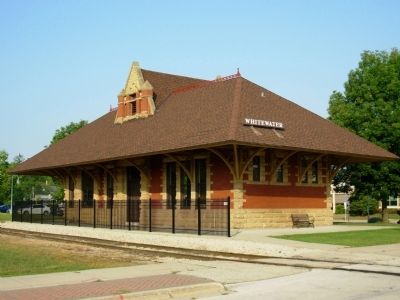 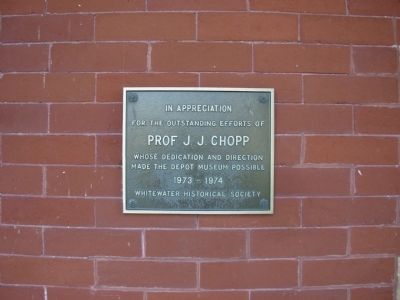