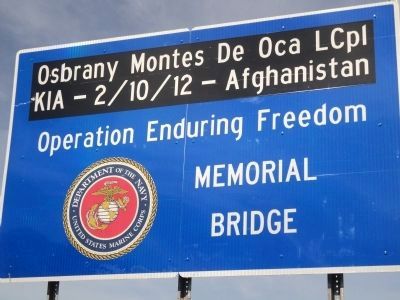 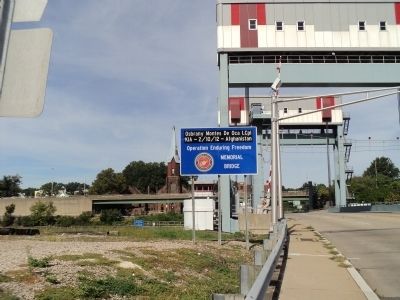 More about this marker. The crest of the United States Marine Corps appears on the left of the marker. 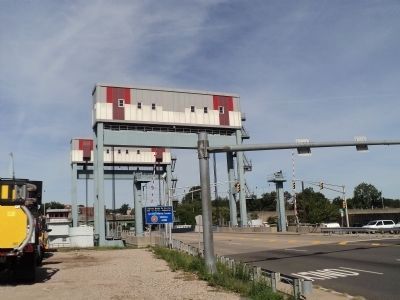 By Bill Coughlin, September 15, 2013
3. Operation Enduring Freedom Memorial Bridge Marker
Two markers exist for the bridge honoring Lance Corporal Montes de Oca, but neither one of them are located in his hometown of North Arlington. 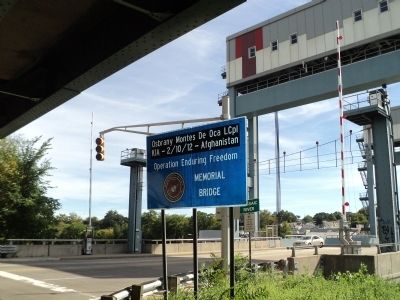