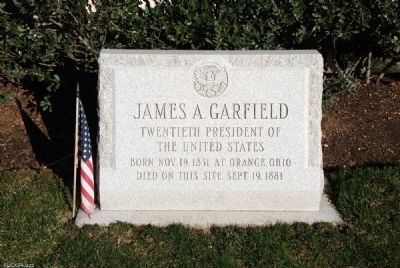 Photographed By R. C.
1. President Garfield Death Site Marker
A special train track was laid just to bring the dying president to his summer home in Long Branch, NJ so he could die by the ocean.
Inscription.
James A. Garfield. .
James A. Garfield Twentieth President of The United States Born Nov 19, 1831 at Orange, Ohio Died on this site, Sept. 19, 1881.. . This historical marker is in Long Branch in Monmouth County New Jersey

Topics and series. This historical marker is listed in this topic list: Government & Politics. In addition, it is included in the Former U.S. Presidents: #20 James A. Garfield series list. A significant historical month for this entry is September 1902. 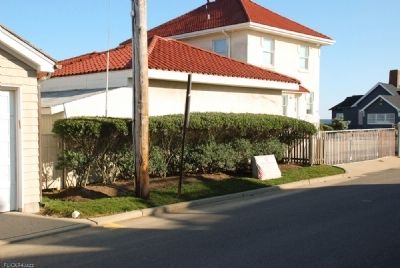 Photographed By R. C.
2. View of Garfield Marker from street.

Click or scan to see
this page online
away); Historic Site of Old Free Church Cemetery (approx. 1.8 miles away); Norman Mailer/Scarboro Hotel (approx. 2 miles away); New Era Anchor (approx. 2.2 miles away). Touch for a list and map of all markers in Long Branch.

Regarding James A. Garfield. Although he was shot with a pistol by Charles Guiteau, most historians and medical experts believe it was inept doctors who encouraged conditions leading to infection in Garfield's wounds that actually caused his death.

3. Assassins. Wikipedia entry:
Stephen Sondheim's musical Assassins includes the story of Charles J. Guiteau and his assassination of Garfield and features a song, "The Ballad of Guiteau." (Submitted on April 4, 2008, by R. C. of Shrewsbury, New Jersey.) 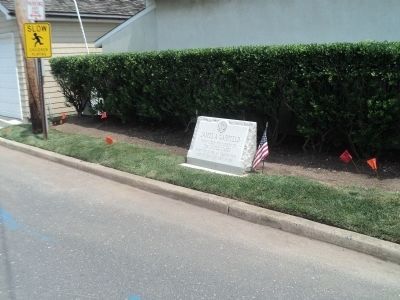 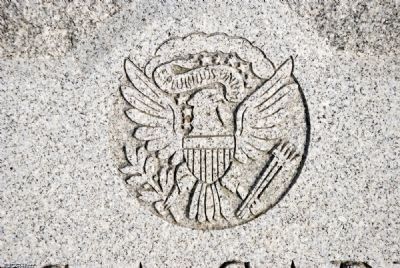 Photographed By R. C.
4. Federal Crest at top of marker 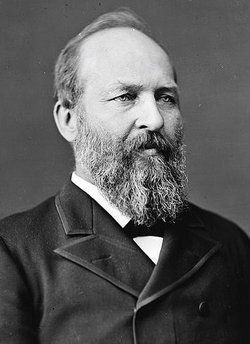 via Find A Grave, unknown
5. James A. Garfield 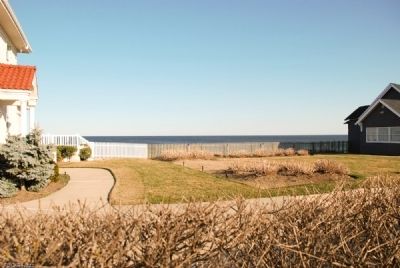 Photographed By R. C.
6. President Garfield's summer home was once on this site. 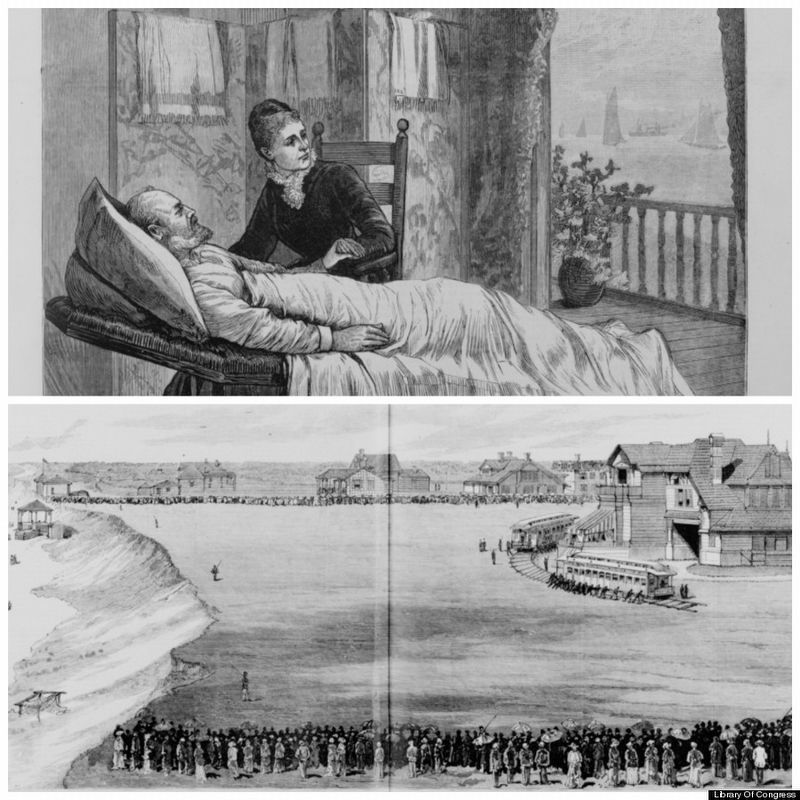 via Huffpost, unknown
7. President James A. Garfield's Cottage
Top: After Garfield's attempted assassination, he was surrounded by his family and positioned to see the ocean. He told his doctors, “It is refreshing to get where I can look at the sea.” He observed the fisherman, the boats and the bathers and whispered, “I am myself again.”
Bottom: Crowds gathered one afternoon to watch the president’s train inch toward the cottage. The original engine was too heavy for the track, so workers switched Garfield's car to a smaller engine. When that stalled, 200 railroad workers pushed it the last few hundred yards to the cottage door. The tea house, which was built from the railroad tiles from the aforementioned endeavor, is currently undergoing preservation efforts on the Long Branch Historical Museum grounds on which it now rests.