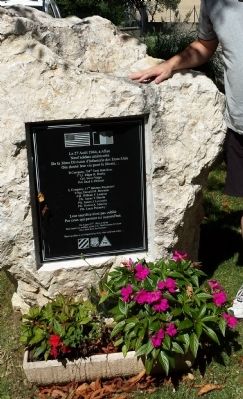 Topics. This memorial is listed in this topic list: War, World II. A significant historical year for this entry is 1944.

Regarding On August 27th, 1944, at Allan.... Commemorates lives lost during the fighting in Allan as described in Jeff Danby's book, "The Day of the Panzer". This took place during the retreat of the 19th German Army up the Rhone River valley in late August 1944.

Editor’s want-list for this marker. Wide-view or contextual view of marker. • Can you help?
Share this page.