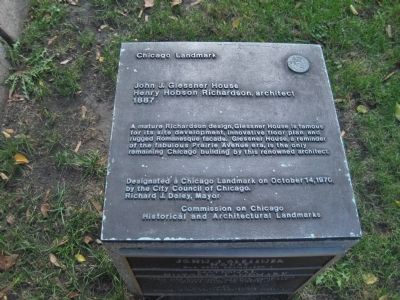 A mature Richardsonian design, Glessner House is famous for its site development, innovative floor plan and rugged Romanesque facade. Glessner House, a reminder of the fabulous Prairie Avenue era, is the only remaining Chicago building by this renowned architect.

Erected by Commission on Chicago Historical and Architectural Landmarks. 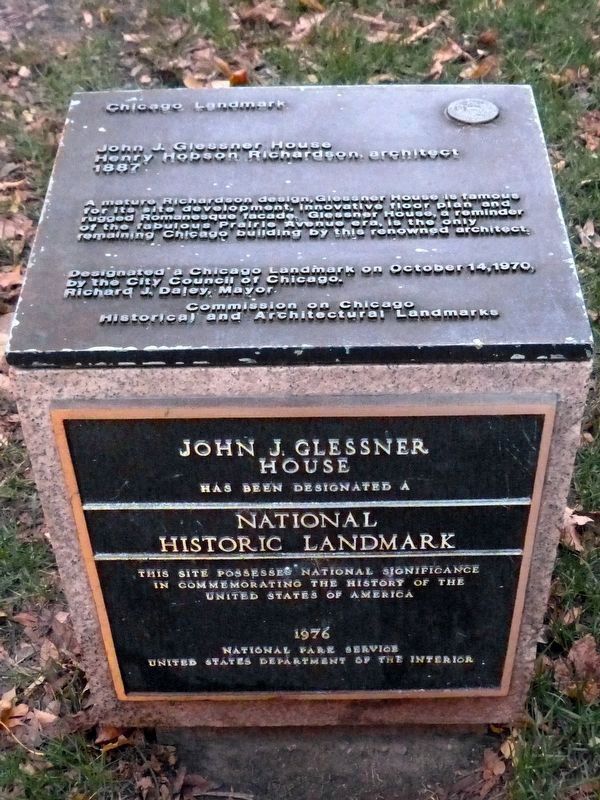 More about this marker. A typical National Historic Landmark plaque is on the same marker. 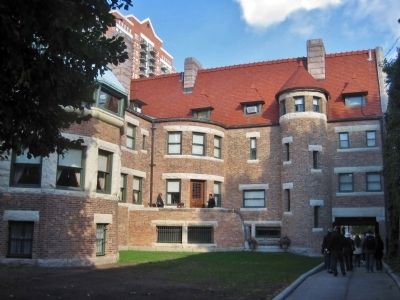 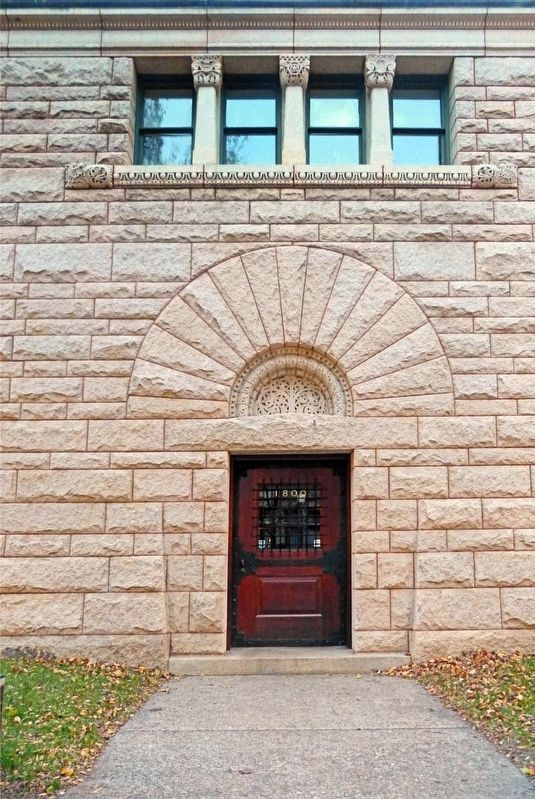 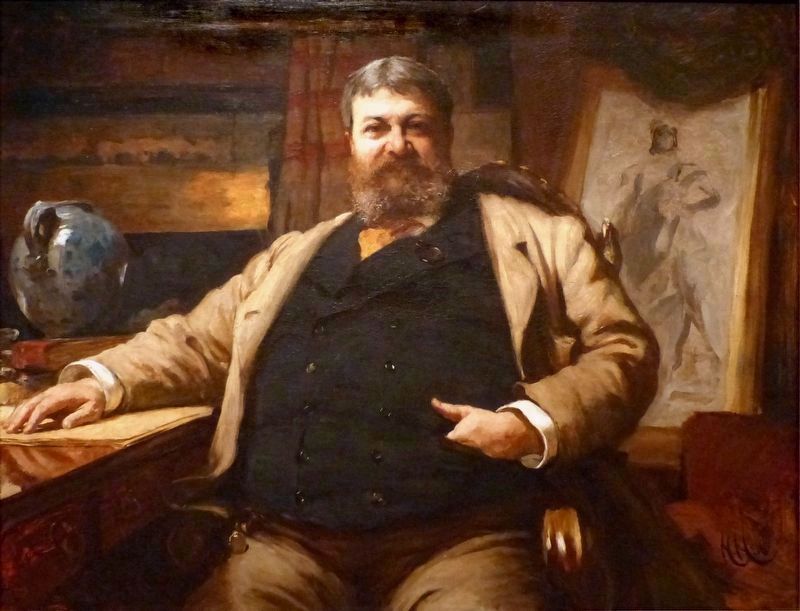 “Born St. James Parish, Louisiana, Trained in Paris at the Ecole des Beaux-Arts, Henry Hobson Richardson became America's leading architect in the late 1800s. He designed a wide range of structures, including churches, railroad stations, department stores, courthouses, libraries, and private homes. Best known today for Trinity Church in Boston, Massachusetts, Richardson fused the Romanesque style of medieval France with the picturesque style popular in England and the United States. In this portrait, British artist Hubert von Herkomer found his sitter's girth, accentuated by the rounded pitcher in the background, an ideal metaphor for his character. During the sittings, Herkomer noted that Richardson was 'as solid in his friendship as in his figure. Big-bodied, big-hearted, large-minded, full­brained, loving as he is pugnacious.' This painting remained in the subject's family until its acquisition by the National Portrait Gallery in 2009.” — National Portrait Gallery
Credits. This page was last revised on August 25, 2020. It was originally submitted on October 21, 2013. This page has been viewed 548 times since then and 7 times this year. Photos:   1. submitted on October 21, 2013.   2. submitted on November 24, 2016, by Allen C. Browne of Silver Spring, Maryland.   3. submitted on October 21, 2013.   4, 5. submitted on November 24, 2016, by Allen C. Browne of Silver Spring, Maryland. • Al Wolf was the editor who published this page.

Editor’s want-list for this marker. Would appreciate a wide view photo of the marker - showing the marker and the area around said marker. • Can you help?
Share This Page.