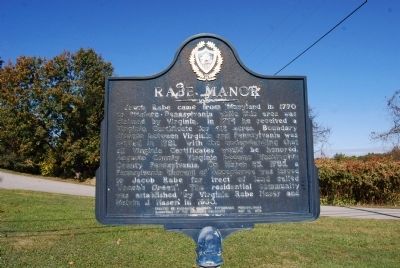 By Mike Wintermantel, October 27, 2013
1. Rabe Manor Marker
Inscription.
Rabe Manor. . Jacob Rabe came from Maryland in 1770 to Western Pennsylvania while this area was claimed by Virginia. In 1774 he received a Virginia Certificate for 412 acres. Boundary dispute between Virginia and Pennsylvania was settled in 1781, with the understanding that all Virginia Certificates would be honored. Augusta County Virginia became Washington County Pennsylvania. On March 23, 1785, a Pennsylvania Warrant of Acceptance was issued to Jacob Rabe for tract of land called "Jacob's Green". The residential community was established by Virginia Rabe Naser and Melvin J. Naser in 1950. . This historical marker was erected in 1978 by Monongahela Chapter, Pittsburgh Pennsylvania Daughters of the American Colonists. It is Near Donora in Washington County Pennsylvania

Marker series. This marker is included in the Daughters of the American Colonists marker series. 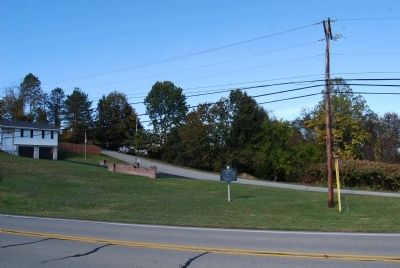