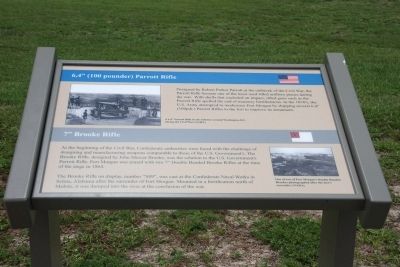 6.4” (100 pounder) Parrott Rifle
Designed by Robert Parker Parrott at the outbreak of the Civil War, the Parrott Rifle became one of the most used rifled artillery pieces during the war. With shells that exploded on impact, rifled guns such as the Parrott Rifle spelled the end of masonry fortifications. In the 1870’s, the U.S. Army attempted to modernize Fort Morgan by shipping several 6.4” (100pdr.) Parrott Rifles to the fort to improve its armament.


7” Brooke Rifle
At the beginning of the Civil War, Confederate authorities were faced with the challenge of designing and manufacturing weapons comparable to those of the U.S. Government’s. The Brooke Rifle, designed by John Mercer Brooke, was the solution to the U.S. Government’s Parrott Rifle. Fort Morgan was armed with two 7” Double Banded Brooke Rifles at the time of the siege in 1864.

The Brooke Rifle on display, number “S89”, was cast at the Confederate Naval Works in Selma, Alabama after the surrender of Fort Morgan. Mounted in a fortification north of Mobile, it was dumped into the river at the conclusion 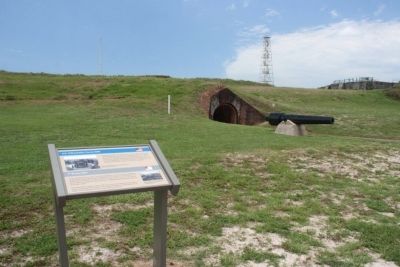 Location. 30° 13.752′ N, 88° 1.358′ W. Marker is in Gulf Shores, Alabama, in Baldwin County. Marker is on Fort Morgan Road (Road 180) 1.7 miles west of Dune Drive, on the right when traveling west. Located on the grounds of Fort Morgan State Historic Park across the parking lot from the museum near the entrance to historic Fort Morgan. Touch for map. Marker is at or near this postal address: 51 Highway 180 West, Gulf Shores AL 36542, United States of America. Touch for directions. 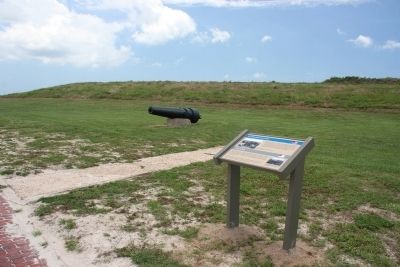 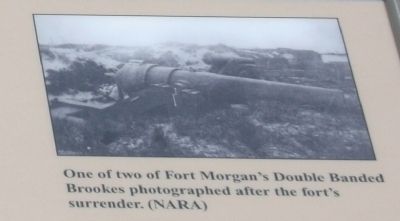 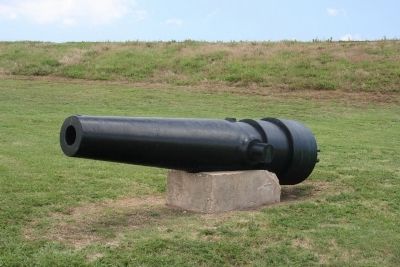 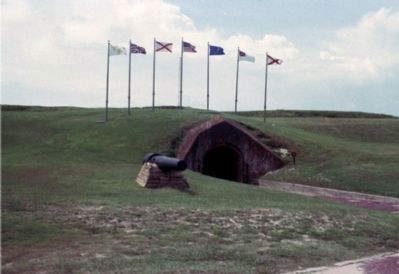