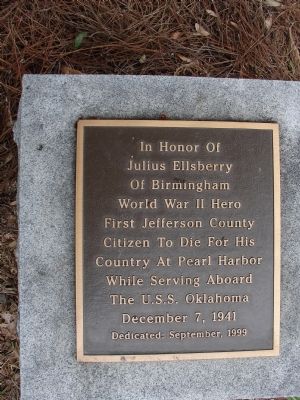 In honor of Julius Ellsberry of Birmingham
World War II Hero
First Jefferson County Citizen to die for his country at Pearl Harbor while serving aboard the U.S.S. Oklahoma December 7, 1941

Location. 33° 32.324′ N, 86° 49.902′ W. Marker is in Birmingham, Alabama, in Jefferson County. Marker is on Finley Avenue North one mile east of 13th Place North, on the right when traveling east. Small plot of land, triangular in shape, about the area of 1/2 city block. Touch for map. Marker is in this post office area: Birmingham AL 35204, United States of America. Touch for directions. 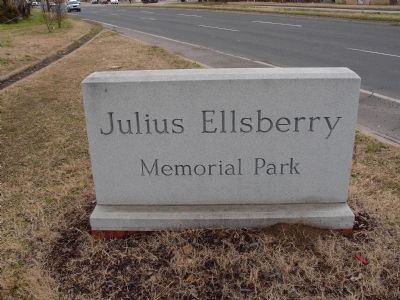 Regarding Julius Ellsberry Memorial Park. Julius Ellsberry (1922 — December 7, 1941) was proclaimed the first Alabama serviceman to die during World War II, his identity being among the first revealed to the American public in casualty reports following the Battle of Pearl Harbor. Ellsberry was born in Birmingham, Alabama where he attended Kingston School, later Thomas School and was a graduate of Industrial (later renamed Parker) High School. A member of the class of 1938, he had the reputation of being a brilliant student. He was serving as a Mess Attendant First Class aboard the USS Oklahoma when it was torpedoed by Japanese aircraft in the surprise attack of December 7, 1941. He and 413 other crewmen were killed aboard the battleship. He was awarded a posthumous Purple Heart...

On May 31, 1941 he wrote his classmate and friend Dodson Curry a letter requesting a class ring. The full content of the letter was photographed and included here. The original letter is in the archives 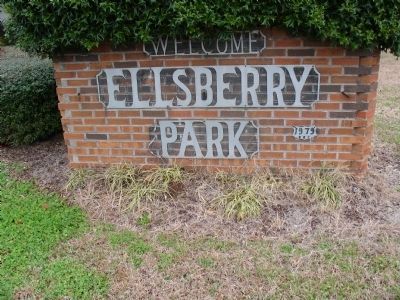 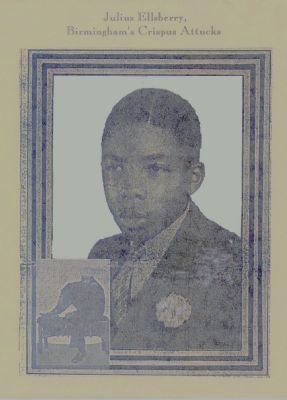 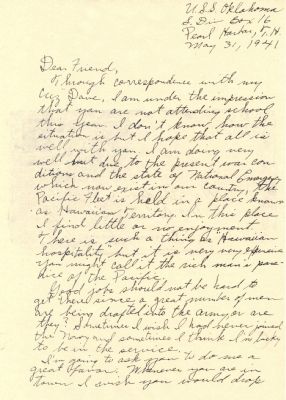 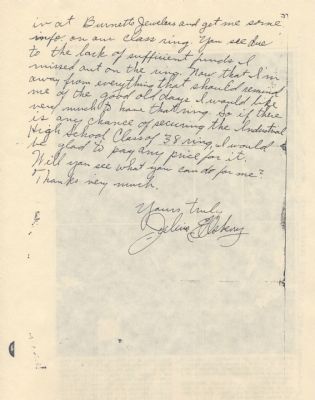 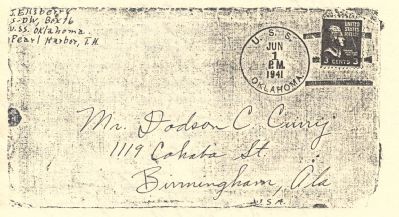 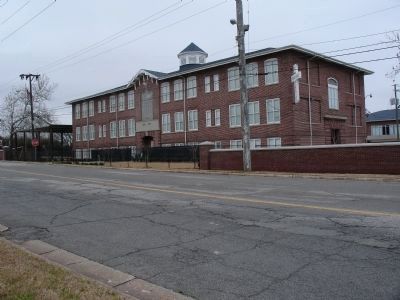