Stepping stone to knowledge for more than 8,000 Westminster men

Location. 38° 50.87′ N, 91° 57.349′ W. Marker is in Fulton, Missouri, in Callaway County. Marker is on C. F. Lampkin Drive, on the right when traveling south. Marker is near the entrance to Westminster Hall, on the Westminster College Campus. Touch for map. Marker is at or near this postal address: 501 Westminster Avenue, Fulton MO 65251, United States of America. Touch for directions. 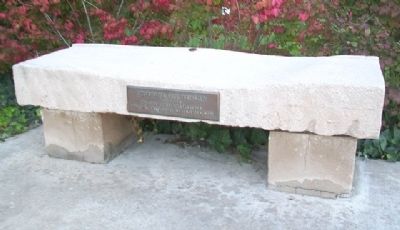 Click or scan to see
this page online
The well-worn threshold was removed during Westminster Hall renovations in 1974 and now serves as a bench near the building entrance. 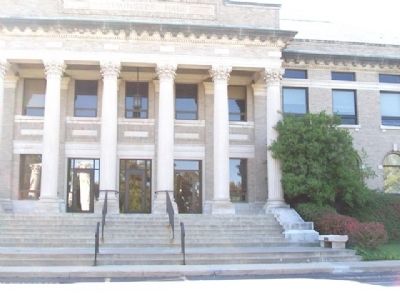