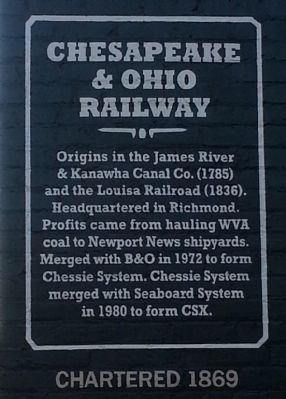 Origins in the James River & Kanawha Canal Co. (1785) and the Louisa Railroad (1836). Headquarted in Richmond. Profits came from hauling WVA coal to Newport News shipyards. Merged with B&O in 1972 to form Chessie System. Chessie System merged with Seaboard System in 1980 to form CSX.

Topics. This historical marker is listed in these topic lists: Industry & Commerce • Railroads & Streetcars. A significant historical year for this entry is 1972. 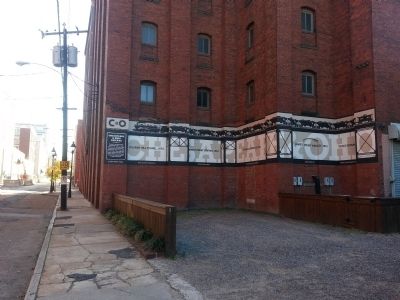 2. History of the C&O Railway. Chesapeake and Ohio Historical Society (Submitted on November 29, 2013.)