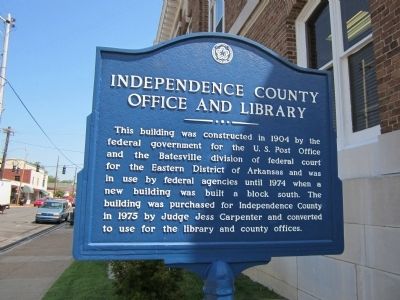 This building was constructed in 1904 by the federal government for the U.S. Post Office and the Batesville division of federal court for the Eastern District of Arkansas and was in use by federal agencies until 1974 when a new building was built a block south. The building was purchased for Independence County in 1975 by Judge Jess Carpenter and converted to use for the library and county offices. 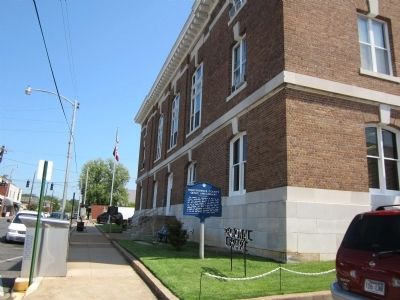