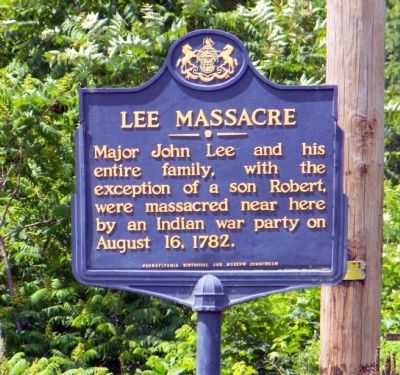 By Paul Crumlish, June 5, 2011
1. Lee Massacre Marker
Inscription.
Lee Massacre. . Major John Lee and his entire family, with the exception of a son Robert, were massacred near here by an Indian war party of August 16, 1782. . This historical marker was erected in 1947 by Pennsylvania Historical and Museum Commission. It is in Winfield in Union County Pennsylvania

Major John Lee and his entire family, with the exception of a son Robert, were massacred near here by an Indian war party of August 16, 1782.

Topics and series. This historical marker is listed in these topic lists: Colonial Era • Settlements & Settlers • War, US Revolutionary. In addition, it is included in the Pennsylvania Historical and Museum Commission series list.

Location. 40° 54.658′ N, 76° 51.212′ W. Marker is in Winfield, Pennsylvania, in Union County. Marker is at the intersection of Westbranch Highway (U.S. 15) and Pennsylvania Route 304, on the right when traveling north on Westbranch Highway. With recent reconstruction of US-15 and the intersecting roads, the safest way to access the Lee Massacre Marker to exit US-15N at Reitz Ave, then drive north until the street dead ends at the railroad tracks. Carefully crossing the tracks, the marker is visible between US-15 and the tracks. Touch for map. Marker is in this post office area: Winfield PA 17889, United States of America. Touch for directions. 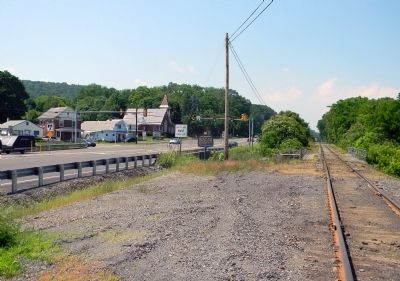 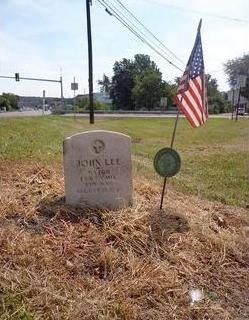