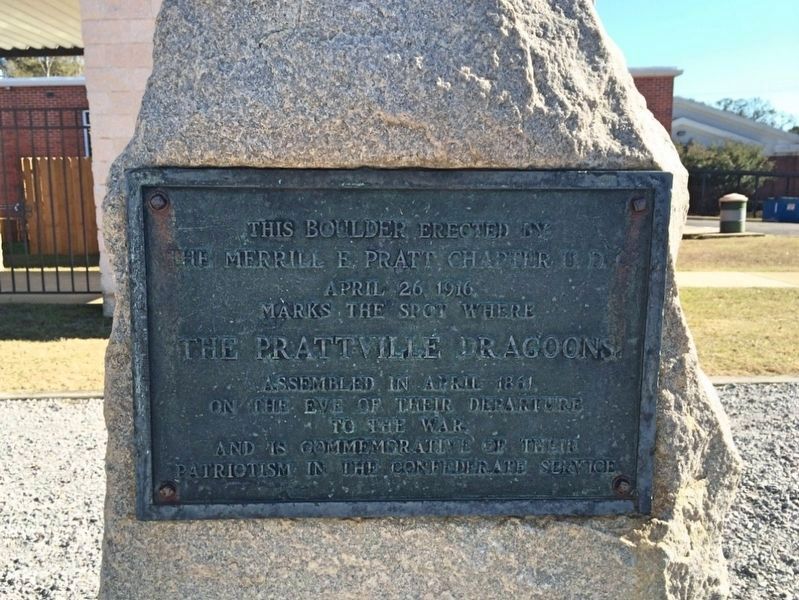 This boulder erected by
The Merrill E. Pratt Chapter U.D.C.
April 26, 1916,
marks the spot where
The Prattville Dragoons
assembled in April, 1861,
on the eve of their departure
to the war,
and is commemorative of their
patriotism in the Confederate service.

Location. 32° 27.758′ N, 86° 28.15′ W. Marker is in Prattville, Alabama, in Autauga County. Memorial can be reached from the intersection of South Washington Street and East 4th Street, on the left when traveling south. Touch for map. Marker is at or near this postal address: 90 Washington Street, Prattville AL 36067, United States of America. Touch for directions. 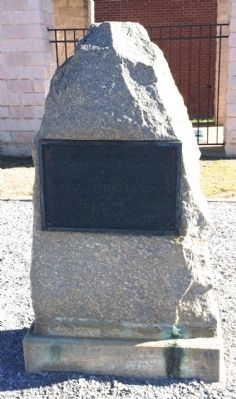 On this memorial are engraved the names of the 100 original officers and men of the Prattville Dragoons. Their dedication to their families, their homes and their county is remembered and honored by their descendants. 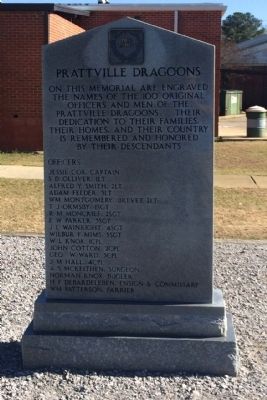 This memorial was dedicated April 2002 by the Prattville Dragoons Camp 1524, Sons of Confederate Veterans
— Submitted February 4, 2015, by J. Makali Bruton of Querétaro, Mexico. 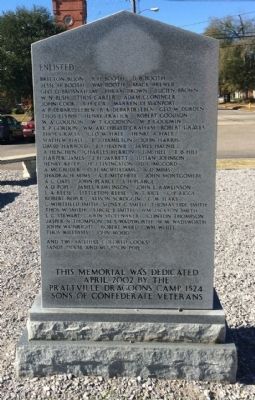