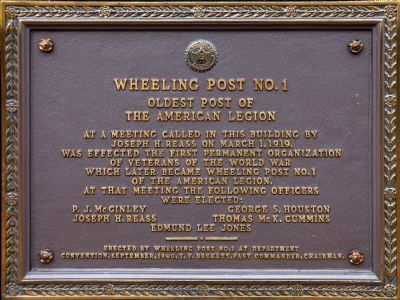 At a meeting called in this building by Joselph H. Reass on March 1, 1919, was effected the first permanent organization of veterans of the World War which later became Wheeling Post No. 1 of the American Legion. At that meeting the following officers were elected:
P.J. McGinley • George S. Houston
Joseph H. Reass • Thomas McK. Cummins
Edmund Lee Jones

Topics. This historical marker is listed in these topic lists: Patriots & Patriotism • War, World I. 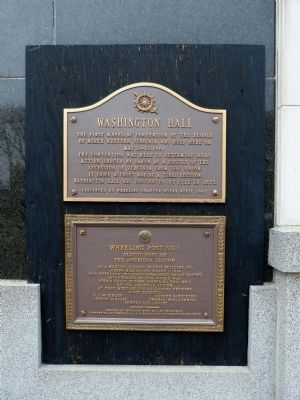 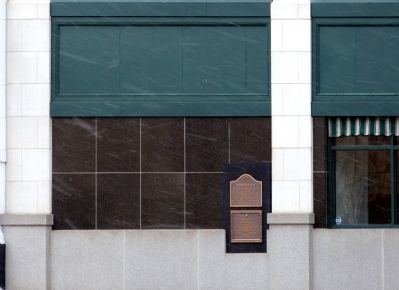 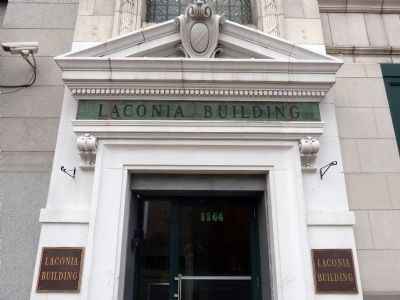 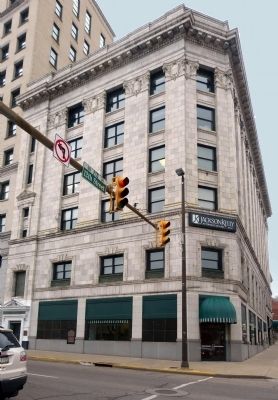