The shore line of San Francisco Bay reached a point twenty-five feet northeasterly from this spot at the time gold was discovered by James W. Marshall at Coloma, California, January 24, 1848.

Map of old water line shown on tablet on opposite side of the street.

Topics and series. This historical marker is listed in this topic list: Natural Features. In addition, it is included in the Native Sons/Daughters of the Golden West series list. A significant historical date for this entry is January 24, 2001. 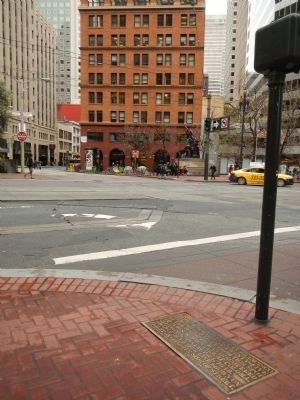 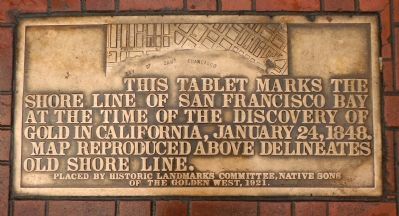 By Barry Swackhamer, February 10, 2014
3. Companion San Francisco Gold Rush Shoreline Marker
This marker is diagonally opposite the marker above and is located at the intersection of Battery, Bush and Market Streets. See "Other nearby markers." 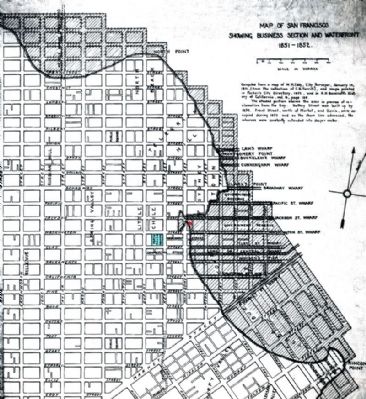