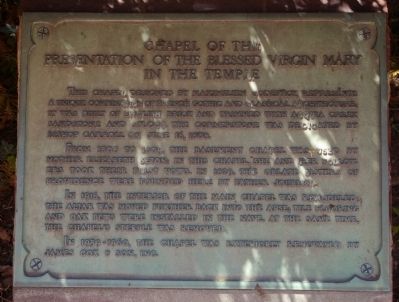 This chapel designed by Maximilien Godefroy represents a unique combination of French Gothic and classical architecture; it was built of English brick and trimmed with Acquia Creek sandstone and stucco. The cornerstone was dedicated by Bishop Carroll on June 16, 1808.

From 1808 to 1809, the basement chapel was used by Mother Elizabeth Seton: in this chapel, she and her followers took their first vows. In 1829, the Oblate Sisters of Providence were founded here by Father Jourbert.

In 1916, the interior of the main chapel was remodeled - the altar was moved further back into the apse; tile flooring and oak pews were installed in the nave. At the same time, the chapel's steeple was removed. 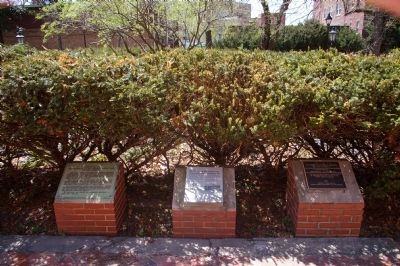 By Christopher Busta-Peck
2. The three markers in front of St. Mary's Seminary Chapel
This marker is the one on the left.
Seminary Chapel, which cannot be seen from the street. It can be accessed from the parking lot of St. Mary's Spiritual Center. Touch for map. Marker is at or near this postal address: 600 North Paca Street, Baltimore MD 21201, United States of America. Touch for directions. 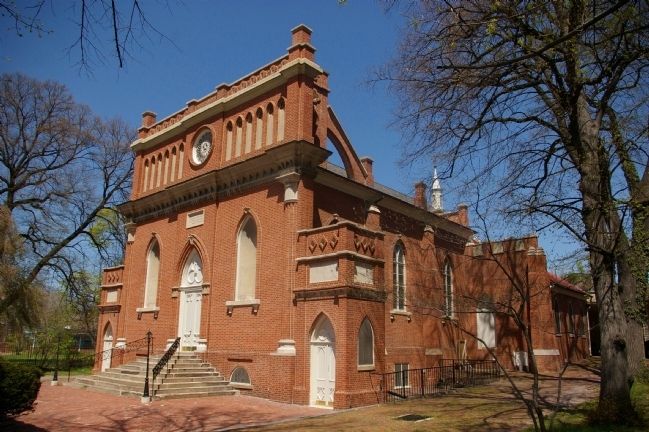